EUR/USD has rebounded since April 11, as a result of the weakening of the dollar.

The outcome of the first-round voting of the French presidential election was revealed on Sunday night April 23.

As consensus, the top two candidates: the independent centrist Macron and the far-right wing Le Pen, won 23.7% and 21.7% of votes respectively. They will the second-round of voting on May 7.

As Macron got the first place, surpassing Le Pen with 2% of votes, market concerns over the EU’s collapse after Le Pen’s presidency has been eased to an extent.

Markets’ confidence on Macron’s victory in the second-round has also been lifted.

The outcome of the first-round voting pushed the Euro up.

EUR/USD soared and broke the resistance level at 1.0800, hitting the highest level of 1.0918 since November 11 on Sunday night.

However, the price retraced afterwards, as the pressure at the 1.0900 resistance level is heavy.

The price has been consolidating during early European session.

The 4-hourly and the daily Stochastic Oscillator readings are both above 70, be aware of a correction prior to the next rally. 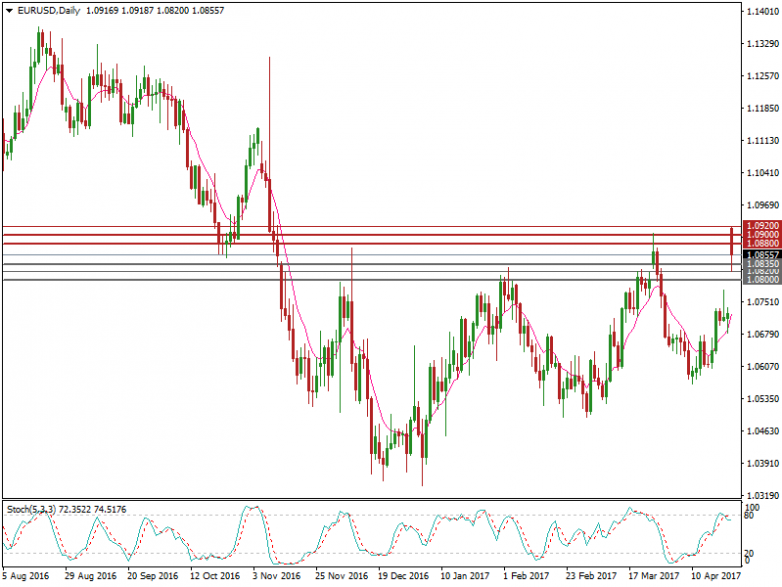 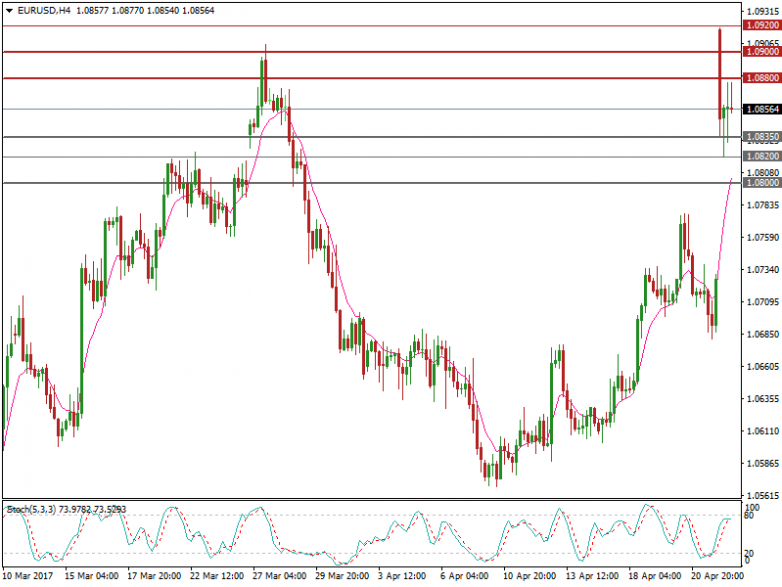