The outcome of the first-round voting of the French presidential election pushed EUR/USD up, touching the highest level of 1.0950 on April 26 since November 10.

EUR/USD has been consolidating since April 24, flirting with the significant psychological level at 1.0900.

Today, the European Central Bank (ECB) announce its benchmark rate, marginal lending rate and deposit rate on hold, at 0.0%, 0.25% and -0.4% respectively, and leave the asset purchase programme unchanged of 60 billion Euro per month until December 2017,

Draghi stated that the economic recovery is becoming increasingly solid, and the downside risks have further diminished.

However, inflation has not yet seen a convincing upward trend. Therefore, the ECB will keep on providing support to keep inflation sustained.

Draghi’s wordings gave mixed signals, the economy is recovering, however, the ECB seems to be unlikely to carry out the QE reduction in the near future.

Therefore, EUR/USD saw an initial rally, then followed by a fall, trading below the major resistance level at 1.0900.

The daily Stochastic Oscillator reading is above 80, suggesting a pullback. 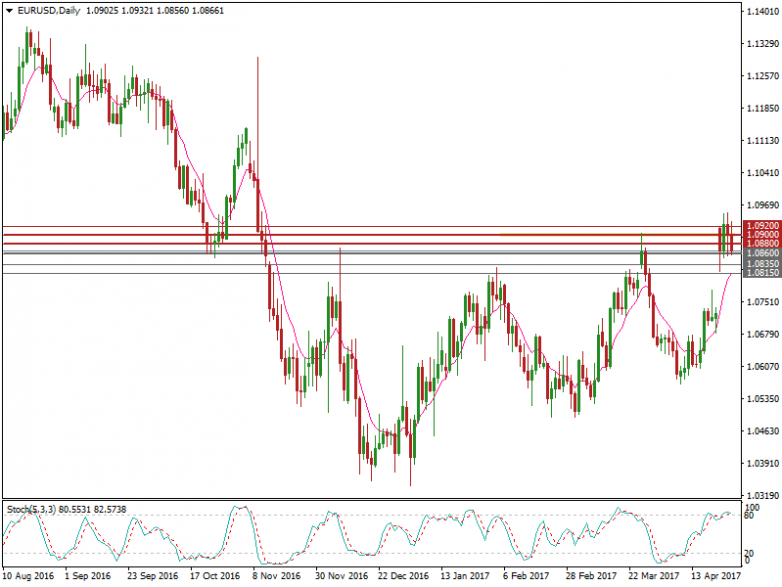 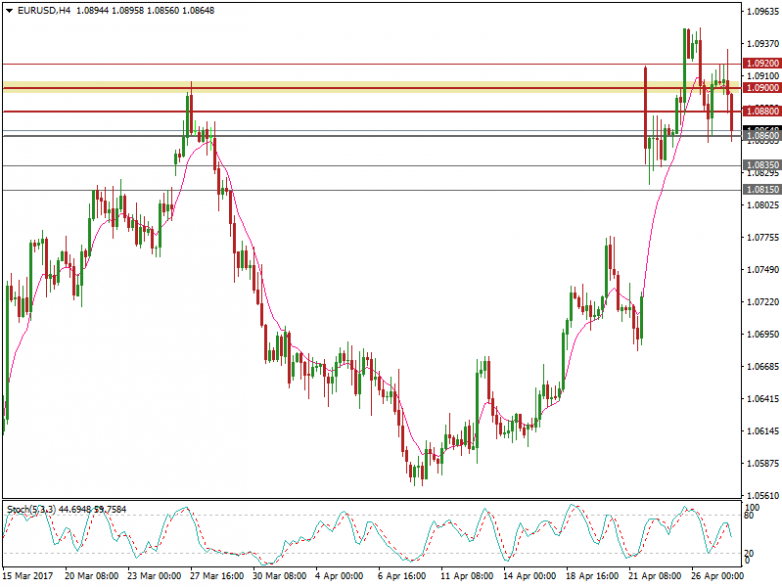