Gold Edges Down Ahead of NFP

The crucial US labour market data for April will be released this Friday May 5, at 13:30 BST. It includes non-farm payrolls, unemployment rate and average hourly earnings.

Please note that the release of US labour market data will likely cause volatility for USD, USD crosses and commodities.

Spot gold has retraced around 3.6% since mid-April as it neared a significant resistance level at $1300.

Following the first-round of the French presidential election market concerns about a collapse of the EU have eased somewhat and thus further weighed on the price of gold.

The recent FOMC meeting has left the door open for a June rate hike which has pushed USD higher and resulted in spot gold falling below a significant psychological level at $1250.

On the 4-hourly chart the current price is still trading along the lower band of the Bollinger Band indicator suggesting the trend remains bearish. The downtrend is likely to test the support line at $1230.

If the upcoming non-farm payrolls for April is in line with, or above, expectations of 180K and accompanied by an upward revision of the previous figure, along with rising wages and a stable unemployment rate – then the support at $1230 will likely be broken.

Conversely, if the upcoming non-farm payrolls is far below expectations, accompanied by a downward revision of the previous figure, low wage growth and a rising unemployment rate -then it will likely result in a weaker USD and a rebound in gold prices.

Be aware that, based on prior experience, market trends sometimes reverse within 1-2 hours after the initial move. 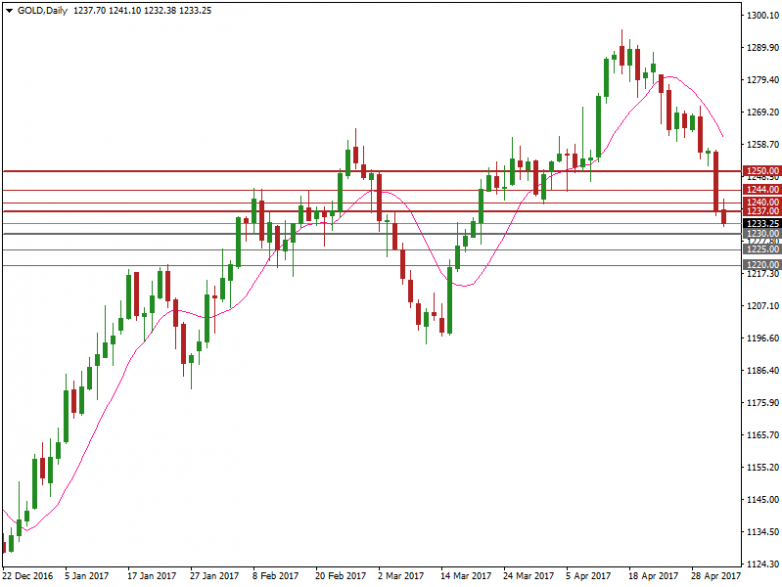 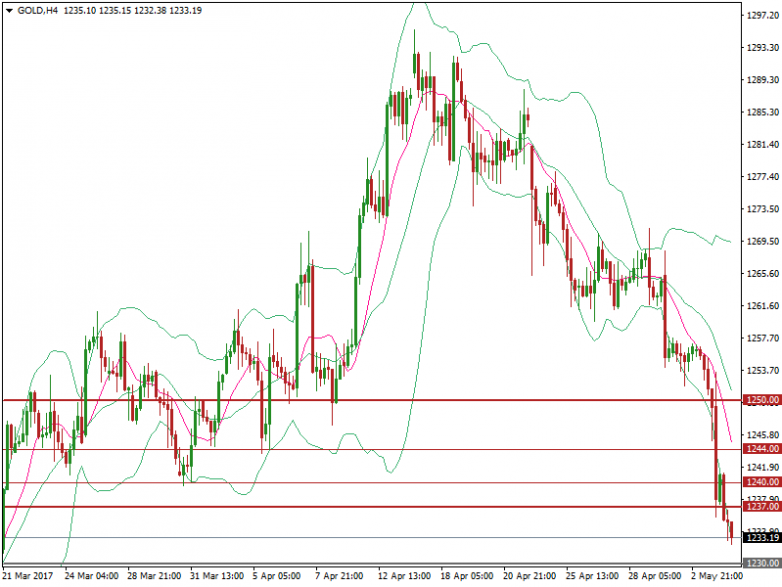