The US shale oil industry has seen a marked recovery since February last year because of higher oil prices. The US Baker Hughes data, that records the number of new Oil Rigs, is showing additional Rigs added every week. The increase in shale oil supply has offset OPEC’s recent output cut effort to an extent.

However, the Saudi Arabia Oil Minister, Khalid al-Falih, stated on Monday May 8, at the Asia Oil and Gas Conference in Malaysia that “the output cut could be extended another 6 months or even further into 2018”. OPEC will hold a meeting in Vienna on May 25 where the decision whether to extend the output cut agreement will likely be announced.

WTI has retraced substantially around 12.88% since April 12 as prices have reached a mid-term major resistance zone, where there is heavy selling pressure.

Notably, the downtrend was held since last Frida, as it was trading at a mid-term major support zone between $43 – $45 where there is stronger support.

On the 4-hourly chart, the price has moved from the lower Bollinger band to the middle Bollinger band, suggesting the recent bearish momentum is waning.

The US EIA Crude Oil Inventories data (for the week ending May 5) will be released at 15:30 BST on Wednesday May 10. Please be advised that this release is highly likely to cause volatility in oil prices. 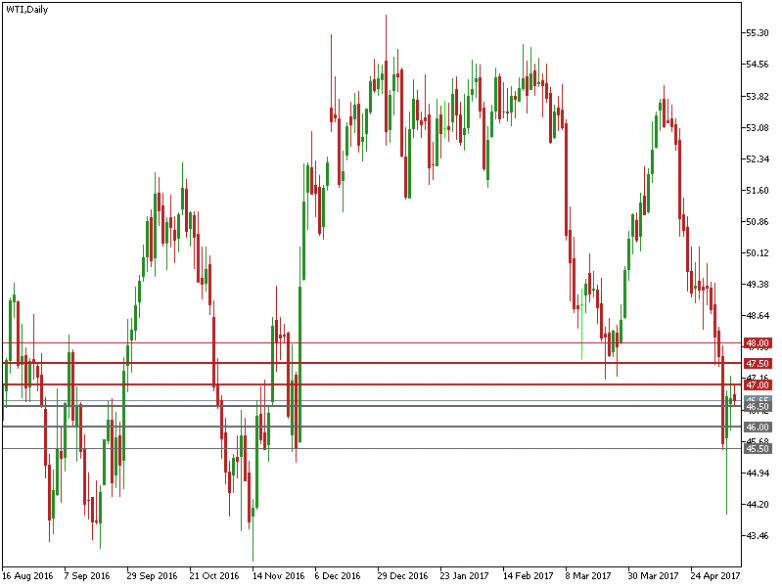 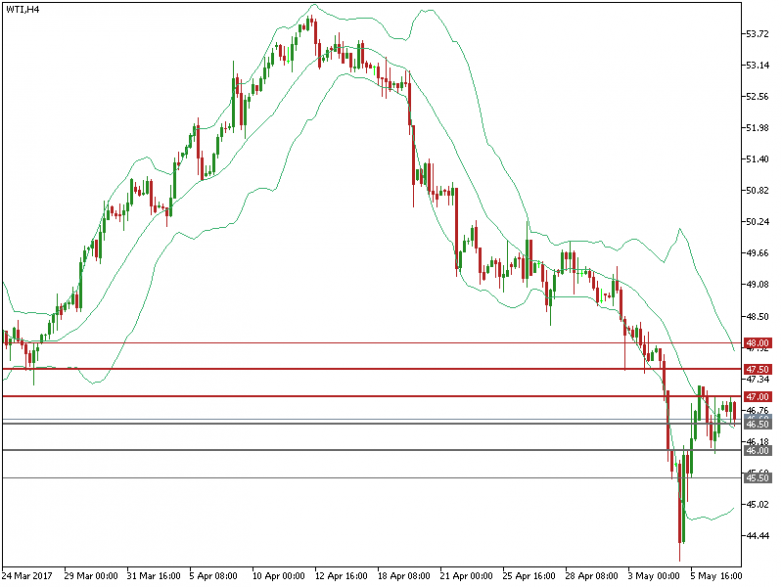