WTI Below $50 Ahead of EIA Inventory Data

There are two upcoming events that are expected to impact the price of Oil; firstly, the Iran presidential election will be held this Friday, May 19th and secondly the OPEC meeting will be held on May 25.

The result of the Iran presidential election and the associated geo-political risks will likely affect its oil supply.

On May 8th, at the Asia Oil and Gas Conference in Malaysia, Saudi Arabia’s Oil Minister, Khalid al-Falih, stated that “the output cut could be extended another 6 months or even further into 2018”.

Oil prices have retraced 12.88% since April 12th and have experienced a 3.74% rebound since May 5th, due to technical correction and market expectations on OPEC’s output cut extension in the Vienna meeting.

Oil Bulls have backed off recently after testing the significant psychological resistance level at $50. There appears to be Bullish momentum, but WTI will likely see selling pressure again at $50.

The US EIA Crude Oil Inventories data (for the week ending May 12) will be released at 15:30 BST this afternoon with a consensus of -2.360M. Please be advised that this release is likely to cause significant volatility in oil prices. 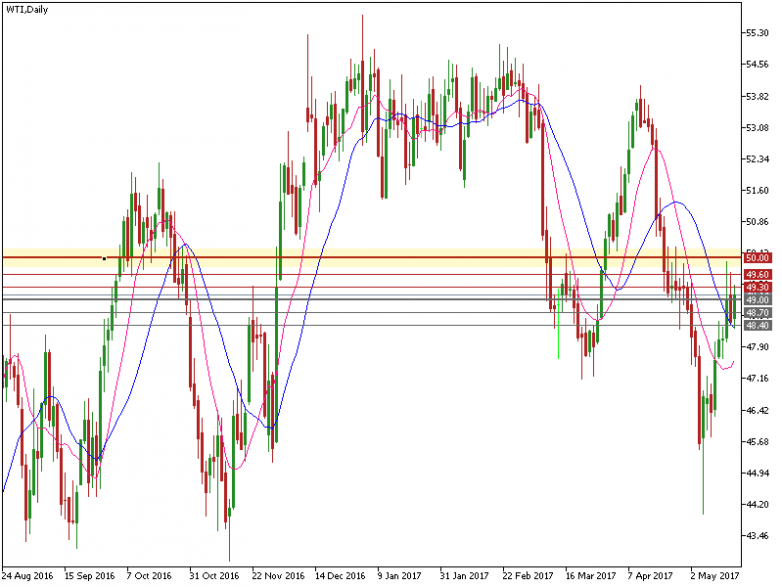 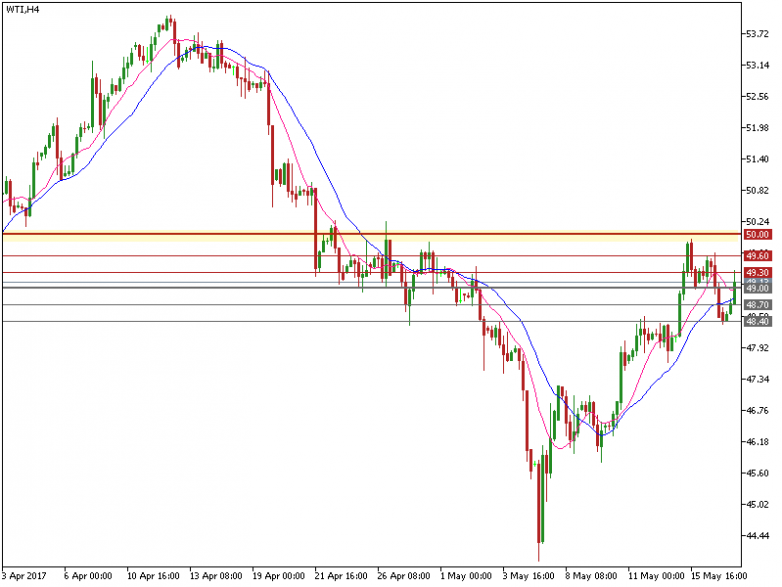