The downtrend was held above the significant support line at 0.6800 since the end of April, suggesting the bearish momentum has been waning.

The price further broke the next psychological level at 0.6900 on Wednesday, as a result of the weakening of USD caused by Trump’s Russia leak scandal.

If the trend line is broken, we can expect that the price will go further up.
Instead, if the bulls fail to break the resistance, we will likely see a pullback. 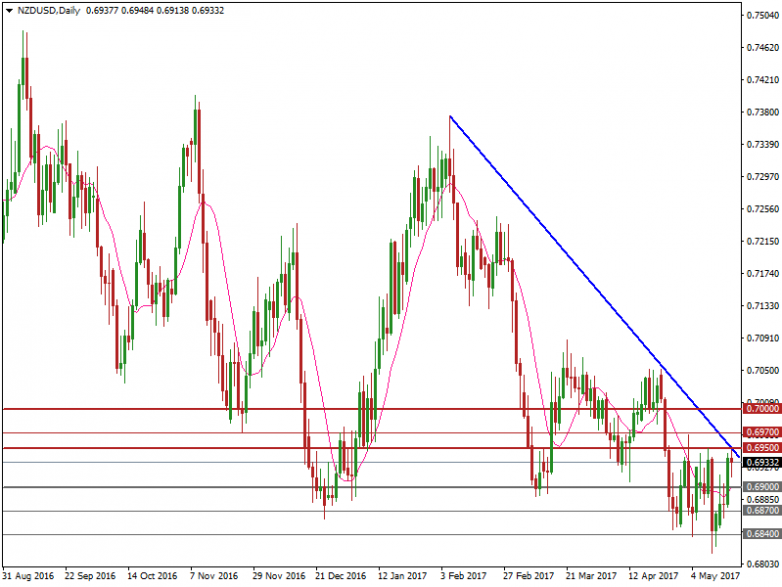