The rally was helped by market confidence in a Tory election victory. A weak pound also has boosted exports and corporate overseas revenue as 70% of the index components are international enterprises.

The latest polls show the Conservatives’ lead is now down to just 5%; 43% vs. 38%. A landslide victory for the Tory now appears to be unlikely.

The increased uncertainty over the general election outcome has weighed on UK stock markets’ prospects.

In addition, the IT issue faced by British Airways resulted in numerous cancelled and/or rescheduled flights at Heathrow Airport and many BA Hubs globally. The chaos led to a falling airline sector weighing on the FTSE 100 index; seeing £350 Million wiped off the value of British Airways parent company International Airlines Group.

On Tuesday, May 30, during the early European session, the FTSE 100 index retraced approximately 0.57%.

The index is currently testing the short term major uptrend line support where another significant support line at 7500 converges. If this support zone is broken, we will likely see an extended downtrend.

On the 4-hourly chart, the current price is trading below the 10 SMA indicating increased bearish momentum.

The daily Stochastic Oscillator is above 70 suggesting a retracement. 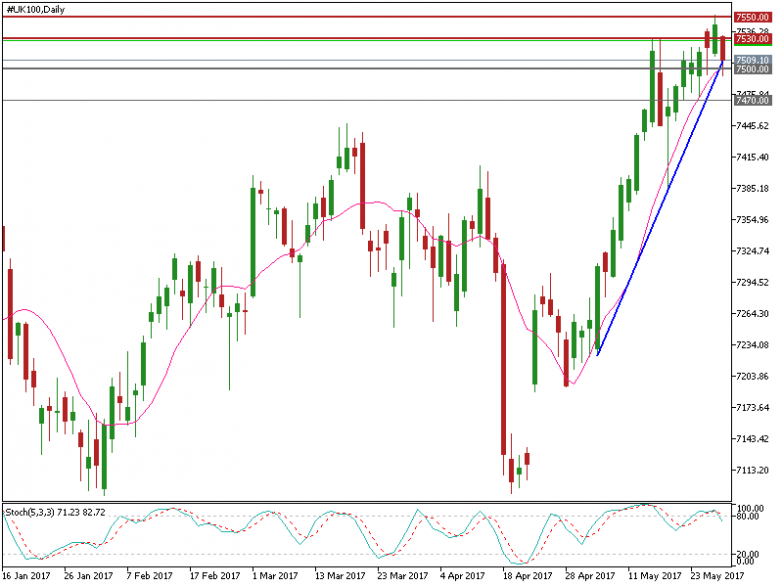 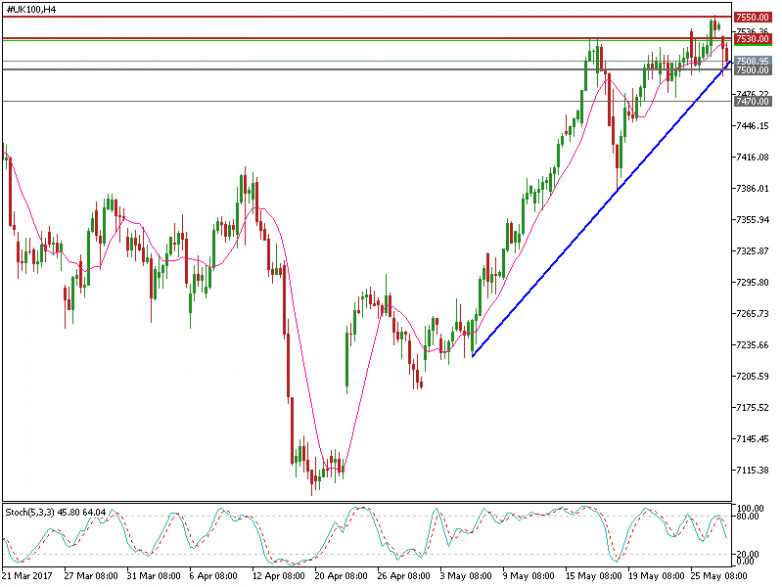