Gold Bulls Approach Major Resistance at 1300 Ahead of Election

Safe havens have strengthened across the board as the recent risk events have lifted markets’ risk off sentiment. Notably the London terror attack, gulf states cut diplomatic ties with Qatar, and the upcoming UK general election.

The bulls still have momentum; on the 4-hourly chart the price is still holding above the downside upward-heading 10-SMA support.

Notably, the price is currently trading at the mid-term major resistance zone between 1290 – 1300. Be aware that pressure at the significant psychological resistance level at 1300 is heavier than other resistance levels.

It is likely that the bulls will test the resistance at 1300 ahead of the general election.

The UK general election will be held on June 8th, which is only 2 days away. Be aware that the election uncertainty will still likely cause volatility for gold prices before and after the release of the election outcome. 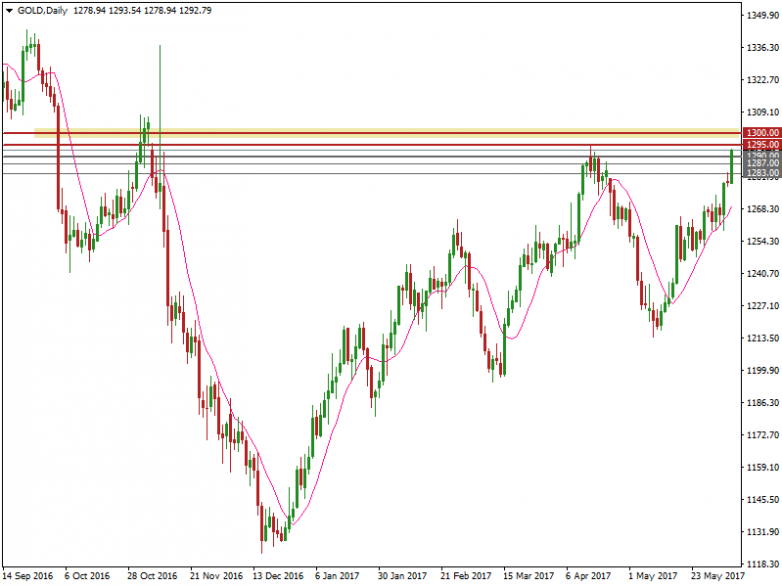 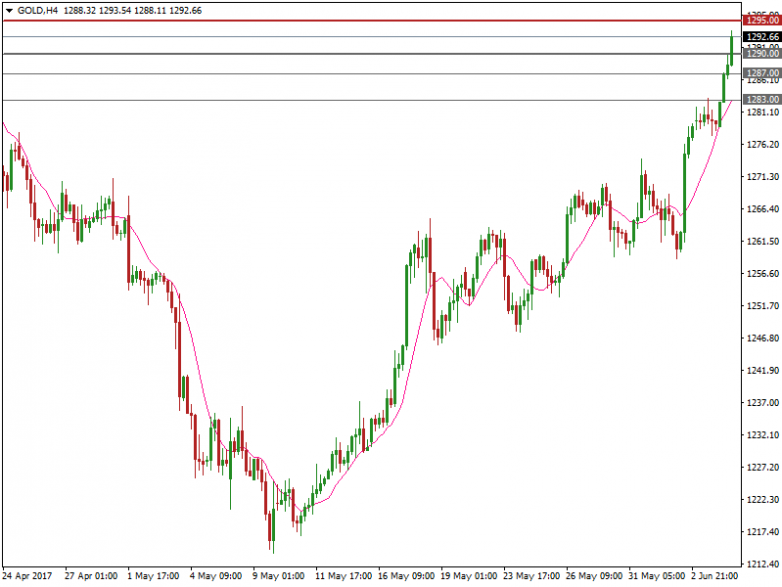