Downward Revised Inflation Ahead of ECB Weighs on EUR/USD

The European Central Bank’s (ECB) rate decision and press conference is scheduled at 12:45 and 13:30 BST respectively on Thursday, June 8th.

Earlier today, Bloomberg unexpectedly reported that the ECB will cut its inflation forecast at tomorrow’s meeting due to falling energy prices.

The bearish momentum was held currently above the psychological support line at 1.1200.

On the 4-hourly chart, the 10-SMA is crossing the 20-SMA downward suggesting increased bearish momentum.

The daily Stochastic Oscillator is above 70 suggesting a retracement.

The Eurozone economy has seen a sound recovery. However, as inflation has not yet seen a stable pickup, the ECB is likely to keep current monetary policy unchanged until seeing inflation reaching it’s 2% target, before gradually removing QE.

Be aware that the ECB’s press conference on Thursday will likely cause volatility for EUR crosses again. 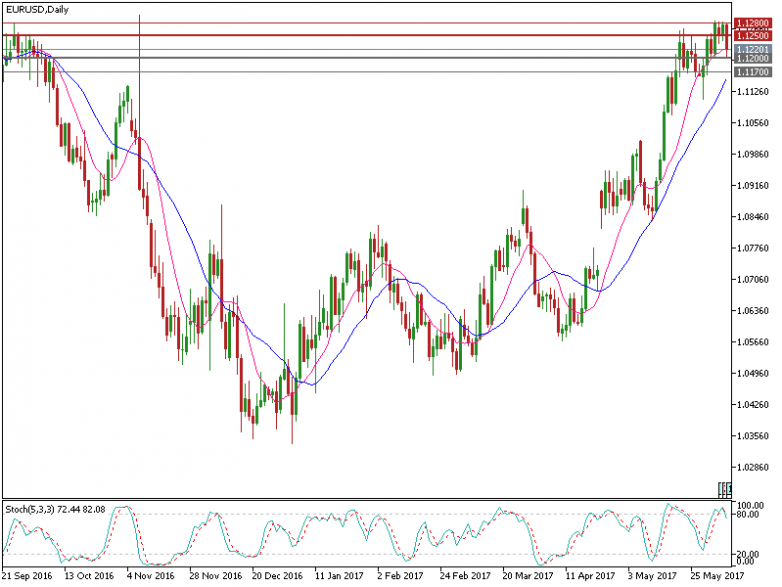 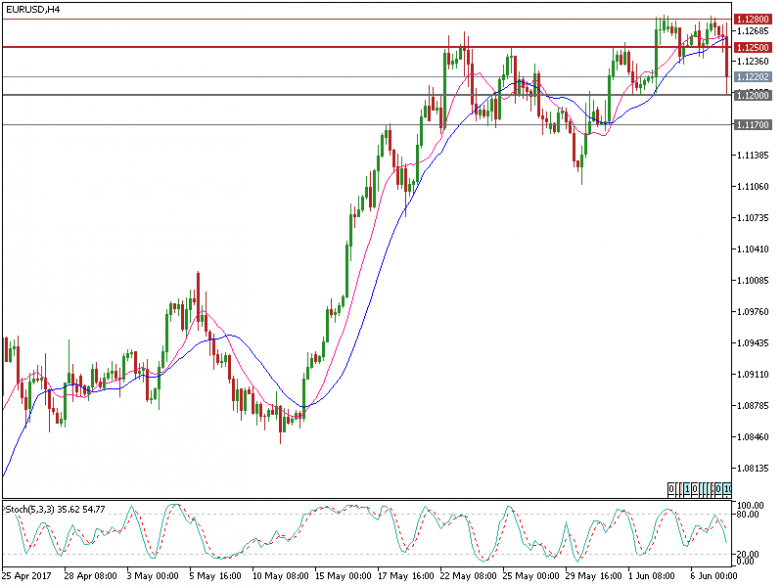