The outcome of the UK general election has resulted in a Hung Parliament.

Updated seats breakdown of UK general election so far is: Conservatives 318, Labour 261, SNP 35, Liberal Democrats 12 other parties 23. Following this result the Conservative Party has lost their majority in the House of Commons and will now be looking for a partner to form a coalition – likely to be the DUP.

The sharp drop broke two major support lines at 1.2900 and 1.2800. The fall was held temporarily after testing the significant support line at 1.2700 and seeing a 130 points rebound.

Following the rebound GBP/USD continued trading down trading as low as 1.2634, last seen on April 18, as markets realised that a majority UK Government was unlikely.

On Friday, during the European session, Cable saw a notable rebound and is currently holding above 1.2700, trading around 1.2725, indicating waned bearish momentum.

The 4-hourly Stochastic Oscillator is below 30, suggesting a rebound. 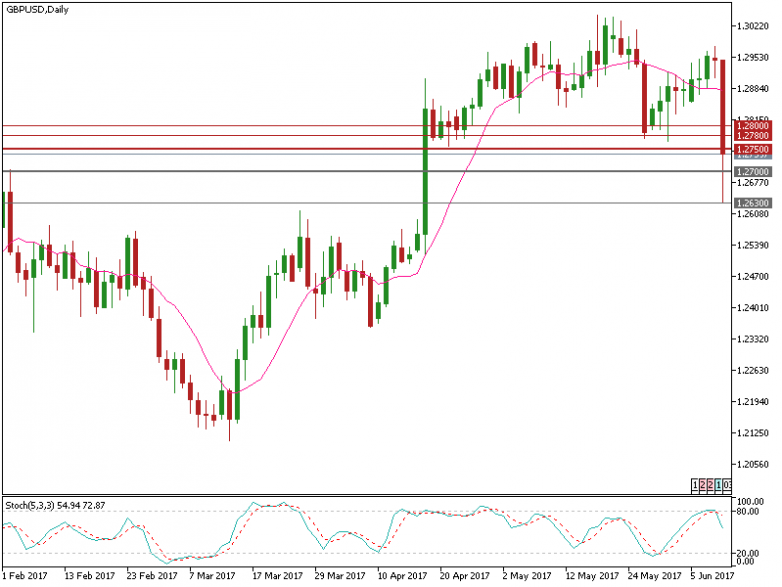 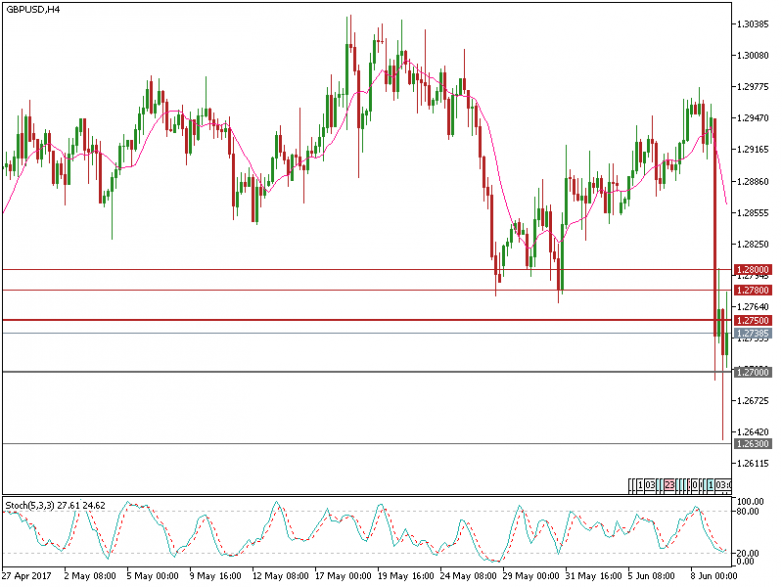