GBP/JPY has seen a substantial 5.7% retracement since May 10th.

The price has been trading above the downside short term major downtrend line support since May 18th.

It has seen a 2% fall since the general election date, caused by the disappointing Hung Parliament outcome.

The bears are currently edging down with the attempt to test the next psychological support at 139.00.

On the 4-hourly chart, the price is still trading below the downward heading 10-SMA at present, indicating ongoing bearish trend.

In the short term, GBP is likely to remain moderately bearish, as a Hung Parliament will likely weaken the UK’s position during the upcoming Brexit negotiations. 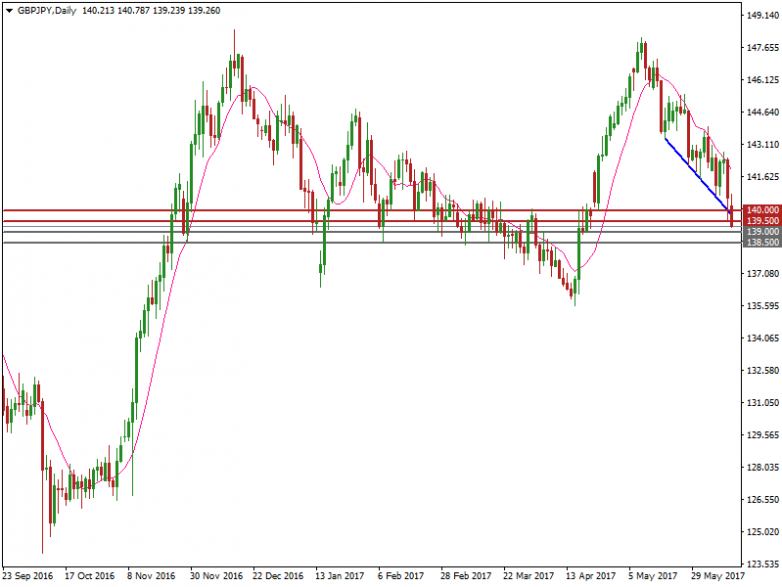 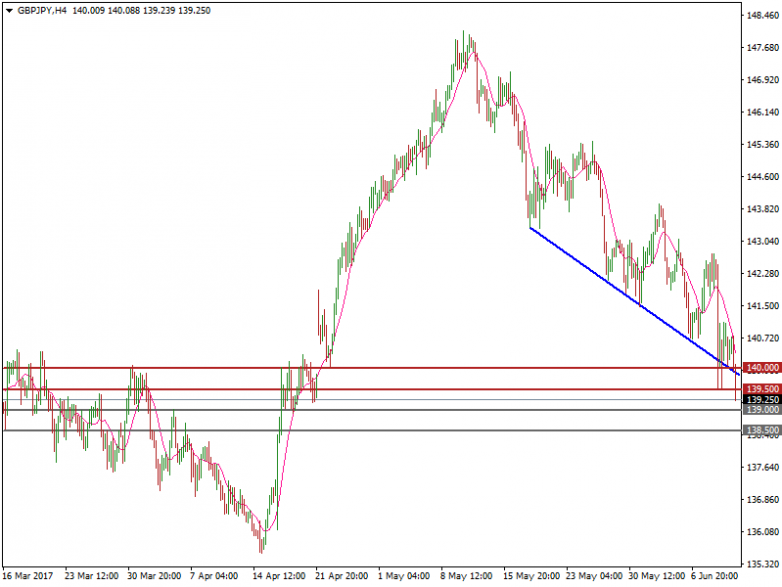