Gold Tests Major Support Ahead of US Data and FOMC

However, it has seen a substantial 2.2% retracement since June 7th, due to profit-taking and the release of the UK general election outcome which has eased markets’ risk-off sentiment.

The price has been consolidating since Friday evening, holding above the near term major support line at $1260.

On the 4-hourly chart the price is still trading below the 10-SMA indicating the upside pressure remains heavy.

The crucial US retail sales and inflation figures for May will be released at 13:30 BST on Wednesday June 14th it will be followed by the long-awaited FOMC June rate decision 19:00 BST and the press conference at 19:30 BST.

The data performance and the tone of the Fed’s statement will be the key to affect gold strength this week.

The current price is likely to be held temporarily above the level at 1260 ahead of the release of US data and the FOMC.

The 4-hourly RSI indicator reading is around 30 suggesting a rebound. 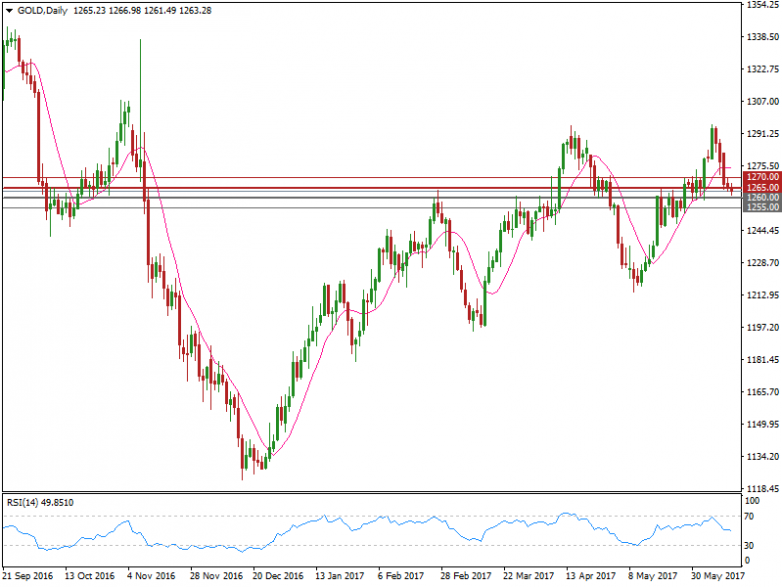 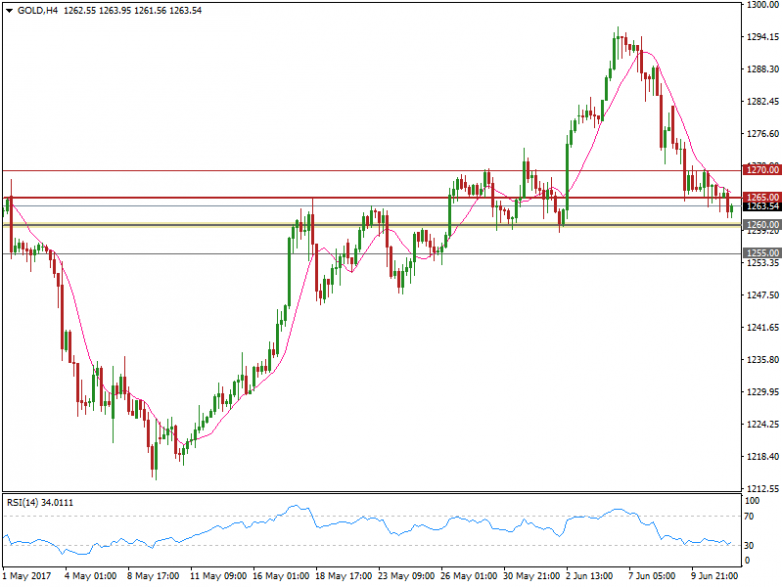