USD/JPY Bears Test Significant Support at 109.00 Ahead of FOMC

USD/JPY saw a 0.6% rebound from June 7th to 13th as safe havens retreated after the release of the UK general election outcome, easing markets’ risk-off sentiment.

The bulls have recovered the significant psychological level at 110.00 since Tuesday.

This morning, in the European session, USD/JPY continued edging up reaching a 2-day high of 110.33 before retracing back to trade as low as 109.22. Currently JPY/USD is trading at 109.35.

US retail sales, and inflation figures for May, were released earlier today. The data performance was overall underperforming.

The current price is trading above the near term major support line at 109.00, where there is stronger support.

The markets are now waiting for the FOMC June rate decision at 19:00 BST and the press conference that follows at 19:30 BST this evening. Be aware that it will likely cause volatility for USD crosses. 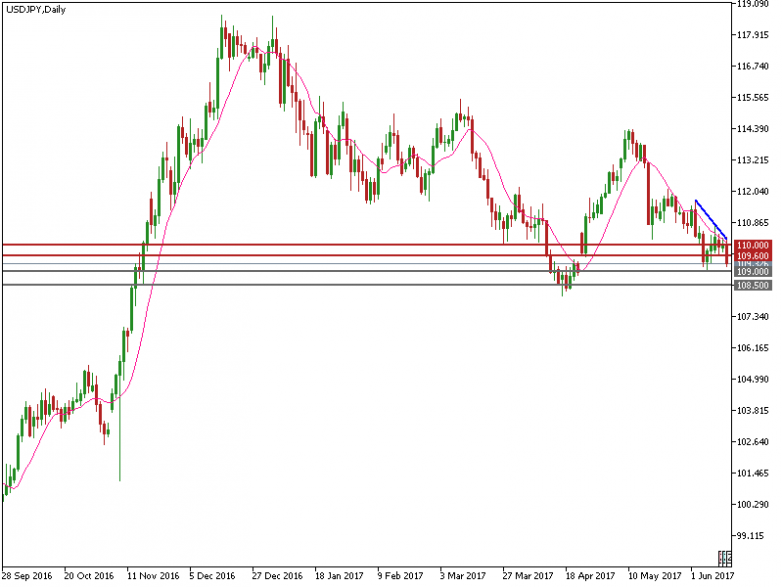 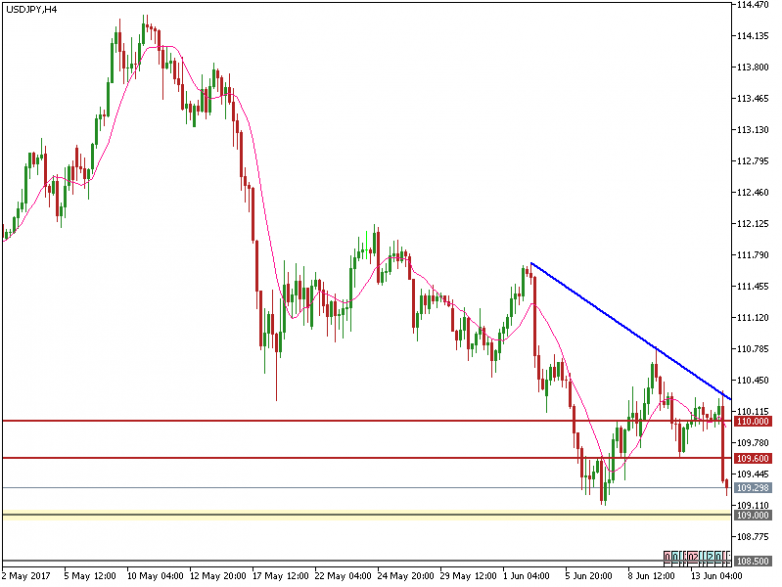