GBP/USD has rebounded around 1.15% since June 12th after the general election slump.

On the 4-hourly chart, GBP/USD has been trading above the downside uptrend line support since June 13th.

The Brexit negotiations, between the UK and the EU, is set to start today, June 19th. In the short term, the GBP prospects will likely subject to the progression and situation of the Brexit process.

This morning in early European session, the bulls have been edging up and attempting to breach the short term major resistance level at 1.2800, where the daily 10-day SMA converges. However, it saw a moderate retracement.

The bulls still have momentum, however, be aware that pressure is heavier at the short term major resistance zone between 1.2800 – 1.2850.

The UK public sector net borrowing figure for May will be released at 09:30 BST on Wednesday. It will likely affect GBP crosses. 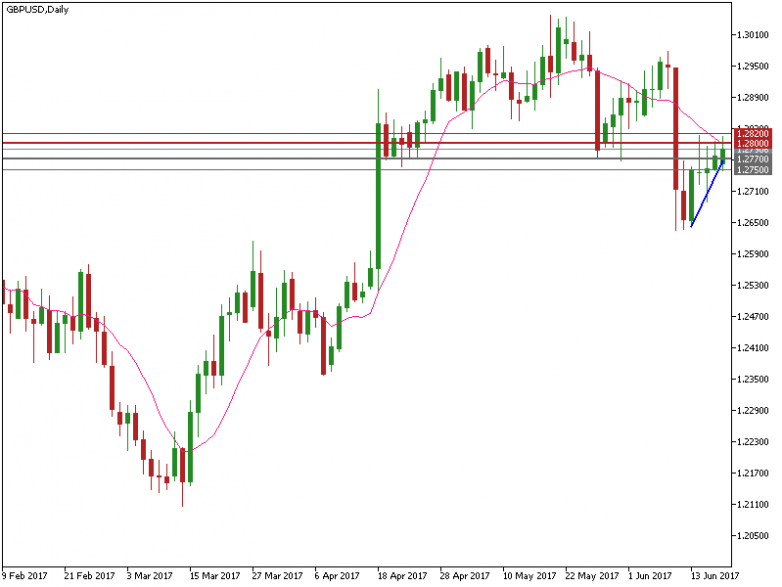 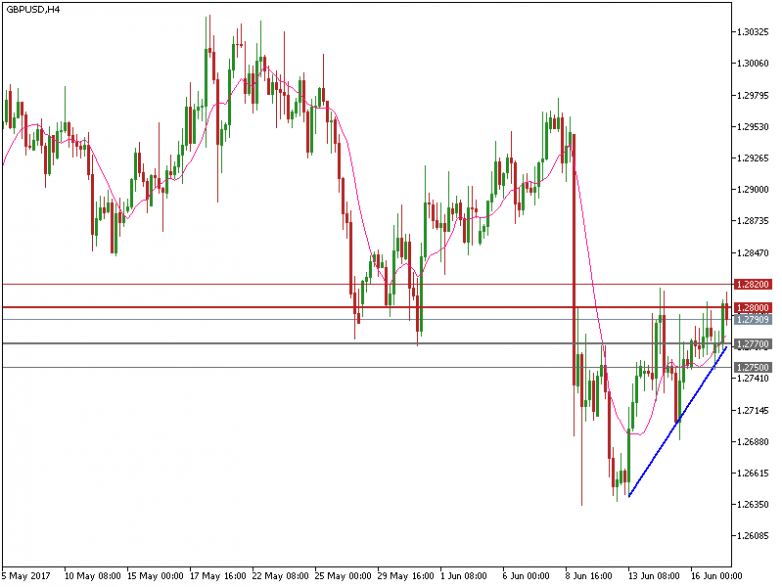