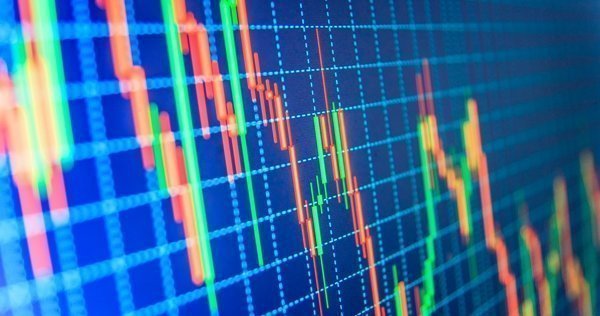 Markets were somewhat languid as traders focused on today’s Congressional Testimony by Fed Chair Yellen, the Bank of Canada interest rate decision and the latest US Crude Oil Inventory data release. However, news was released that President Trump’s son, Donald Trump Jr, was told in an email that Russia wanted to aid his father’s Presidential campaign. Donald Trump Jr was forced to release damning emails showing that he welcomed what he was told was a Russian government attempt to harm Hillary Clinton’s election campaign. The emails show music promoter Rob Goldstone telling the future US president’s son that “the crown prosecutor of Russia” had offered “to provide the Trump campaign with some official documents and information that would incriminate Hillary and her dealings with Russia and would be very useful to your father” to which Trump Jr. replied “I love it!”. Could more US Political turmoil be ahead? Such news saw a sell off for USD and US equities.

USDJPY reached highs not seen since early March, trading up to 114.494, representing a 0.4% gain on Tuesday, before giving back these gains to trade as low as 113.31 overnight. Currently, USDJPY is trading around 113.50.

EURUSD has reached levels not seen for 14 months as USD retreated yesterday and EUR has continued to strengthen overnight. Currently, EURUSD is trading around 1.1480 after reaching a high so far today of 1.14888.

NZDUSD was down on the day following reports from the US Geological Survey that a tremor, measuring 6.8 magnitude and at a depth of 6.2 miles, had been registered 122 miles north west of Auckland. After opening at 0.7257, NZDUSD traded down to 0.72011. Currently NZDUSD is trading around 0.7240.

EURGBP reached levels not seen since November last year, trading up to 0.89129 on Tuesday, a 0.75% gain on the day. The recent strength in EUR, coupled with unimpressive UK economic data releases and continued domestic uncertainty in the UK, has resulted in GBP weakness – especially against its European counterpart. EURGBP has strengthened more overnight to reach a high of 0.8938 and is currently trading just below this level at around 0.8930. GBP also weakened against USD trading down from an early high of 1.29268 to a low of 1.28306 on Tuesday. GBPUSD is currently trading around 1.2850.

Gold recovered from early lows set at $1,208.06 to rebound as high as $1,217.27 on Tuesday. Of note were recently released statistics that showed, during the first half of 2017, Indian buyers brought in a full 521 tonnes of gold. This is more than the import total for the whole of 2016, when just 510 tonnes of bullion was imported for the year. If this level is maintained, then imports for all of 2017 could be greater than 1,000 tonnes – an amount not seen for over 5 years. Bullish sentiment remains as Gold is currently trading at the session high of $1,220.43.

Oil gained as much as 1.6% on the day, as OPEC’s Secretary General Barkindo, when asked by reporters in Istanbul “what else the Organization of the Petroleum Exporting Countries could do to ease a global oil glut”, replied with “It is beyond any group of stakeholders, it has to be a collective responsibility of all producers”. WTI is currently trading at the session high around $46.08pb.

Today, at 15:00 BST, Fed Chair Yellen will testify before congress in regards to the current economic conditions in the US and strategy to improve growth. Focus will be on the “tone” of her testimony and any clues as to future interest rate rises will likely be posed in the Q&A session that follows afterwards.

At the same time, the Bank of Canada releases its Interest Rate decision. Overnight Index Swaps are “signaling” an 86% probability of an increase from 0.5% to 0.75%, although some market observers are upholding the view that Governor Poloz will keep the key overnight rate steady.

At 15:30 BST the EIA Crude Oil Stocks change report will be released. Another drawdown in US inventories is expected with the consensus being -3.225M, nearly 50% less than the previous draw of -6.299M. Even with a “reduction” in inventories Oil supply remains strong and, even with the typical higher demand in Summer, prices are likely to remain under pressure.