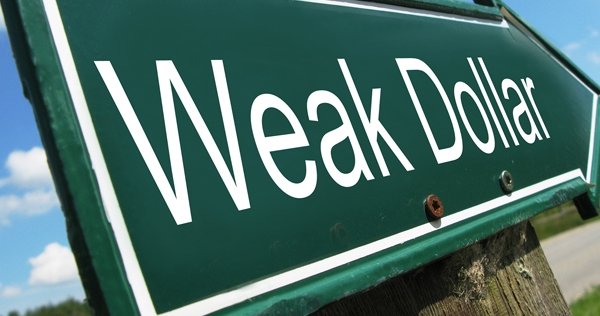 On Friday, US equities were sold off, along with USD, with EURUSD reaching its highest level since January 2015. The markets were concerned to learn that there will be a further investigation into President Trumps’ financial dealings that may cause his economic agenda to falter. Further adding to concerns around Trumps administration was the news that senior adviser Jared Kushner will be interviewed by the Senate Intelligence Committee on Monday and Donald Trump Jr., and former Trump campaign Chairman Paul Manafort, will go before Senate committees on Wednesday. USD has further been impacted by the recent downgraded forecast of US growth by the IMF from 2.3% to 2.1% for 2017.

EURUSD gained nearly 1.8% last week, with Friday being the 5th consecutive daily advance. On Friday, EURUSD reached a high of 1.16676 which has been breached in early Monday trading to reach a high of 1.16838. EURUSD is currently trading around 1.1670.

WTI suffered a loss of 2.4% on Friday, to trade as low as $45.55pb. However, on Sunday, OPEC’s Secretary General Mohammad Barkindo stated “We are pretty sure that the rebalancing process may be going at a slower pace than earlier projected, but it is on course. It is bound to accelerate in the second half”. WTI is currently trading around $45.85pb.

At 8:00 BST, The Japanese Cabinet Office will release the Leading Economic Index for June. The index consists of 12 indexes such as account inventory ratios, machinery orders, stock prices and other leading economic indicators, which will give a gauge as to the economic conditions in Japan. If the data release is higher than the previous number of 104.7 it will be considered bullish for JPY, with a poorer number being bearish for JPY.

At 11:00 BST, EUR Market Services PMI Services is due to be released, with the market expecting 55.5, bettering the previous reading of 55.4. So, unless this release is significantly better or worse, the markets will expect EUR to remain unchanged.

At 16:45 BST, US Market Services PMI Services is due to be released, with the market expecting 54.3, bettering the previous reading of 54.2. So, unless this release is significantly better or worse, the markets will expect USD to remain unchanged.