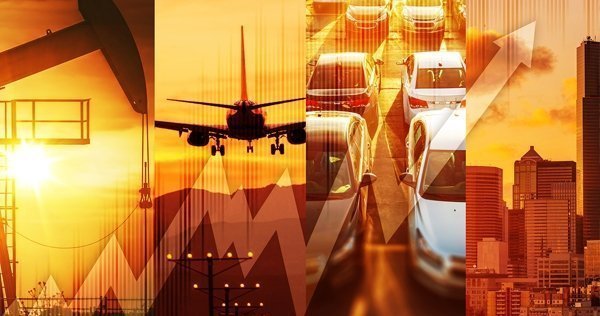 Relatively positive earnings and economic data released on Tuesday brought a risk-on sentiment back, as data reinforced confidence in the strength of the global economy. The FOMC will be looking to weigh robust global growth against poor inflation and mixed US. economic data. The Markets expect the Fed to keep rates unchanged, with clues to the fate of its balance sheet being foremost. With a rate hike unlikely, the markets will focus on the Fed’s statement, looking for signs of when the Fed will begin paring its massive bond holdings and next raise rates. The Markets will be closely watching US advance Q2 growth estimates on Friday to see if the economy really is recovering. Adding further to a heavy USD; President Trump’s son Donald Jr. and former Trump campaign Chairman Paul Manafort will go before a Senate committee on Wednesday to answer questions in regards to Trump’s Presidential campaign and possible collusion with Russia.

EURUSD climbed to a high on Tuesday of 1.17118 not seen in more than 2 years. Currently EURUSD has backed off its highs to currently trade around 1.1640.

USDJPY rose on Tuesday to trade as high as 111.684, the highest level it has reached in more than a week. JPY weakness has carried on overnight with USDJPY currently trading around 112.00.

GBPUSD saw its highest level in over a week, reaching a high on Tuesday of 1.30835, before retracing lower. Currently, GBPUSD is trading around 1.3020.

AUDUSD dropped 0.5% to trade as low as 0.78873, following the release of inflation figures and a speech by the country’s central bank governor. Australia’s Q2 headline inflation rose less than expected from a year earlier. Reserve Bank of Australia Governor Philip Lowe said “his global counterparts’ moves to withdraw stimulus from their economies has no automatic implications for policy Down Under”. Currently, AUDUSD is trading near its Wednesday lows.

Oil also moved higher on Tuesday, posting the biggest intraday gain in more than a week, as Saudi Arabia pledged deep crude export cuts next month and US supplies are seen to be declining. WTI gained over 3% on the day to trade as high as $47.92pb, its largest gain in nearly a month. Crude inventories declined by 10.2 million barrels last week in the American Petroleum Institute report released Tuesday, resulting in Oil climbing overnight with WTI currently trading around its Wednesday high at $48.40pb.

At 11:30 BST the UK National Statistics Office will release UK Gross Domestic Product (QoQ) (Q2) & (YoY) (Q2). The market consensus is expecting the QoQ release to be 0.3% from the previous 0.2%, whereas the Year on Year release is forecasting 1.7%, a drop from the previous release of 2.0%. As a broad measure of UK economic activity, a falling GDP number will be seen as negative for the value of GBP.

At 21:00 BST, the 2 day FOMC meeting will finish, with the markets waiting for the press release that follows that will include the Fed Interest Rate Decision. The markets are not expecting any hike today and the CME Fedwatch tool is showing a less than 50% probability of a rate increase before the end of 2017.