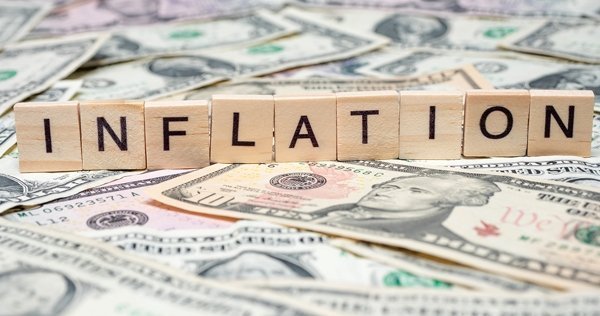 The Federal Reserve ended its 2-day meeting on Wednesday with, as expected, no change in US interest rates. The Fed commented that US inflation had declined, notably removing the often said “recently” which has been conceived as meaning the slowdown might not be temporary. The Fed also said it expected to start winding down its massive holdings of bonds “relatively soon,” with many believing this will start in September. This would result in a tightening in financial conditions and is likely to lessen the need for actual hikes in rates.

Oil rose to the highest in almost 2 months after government data showed US crude and products stockpiles tumbled again last week to their lowest levels since the start of 2017. The US EIA report showed Crude inventories had a drawdown of 7.21 million barrels last week, its lowest level since January 6th. This has been a good week for Oil with the energy ministers’ meeting in St. Petersburg seeing Saudi Arabia pledging to cut its crude oil exports to 6.6 million barrels daily starting in August and Nigeria stating it was willing to cap its output at 1.8 million bpd. However, the markets are wary as Ecuador recently stated it was quitting any output cut deal and Iraq stating that it is planning to raise production by the end of the year.

The UK Office for National Statistics released GDP that showed the UK economy grew by 0.3% in the second quarter. Whilst a modest improvement on the 0.2% growth of Q1 it lags 2016.

EURUSD saw little movement on Wednesday, trading in a less than 50 pip range, until the FOMC statement which saw a USD sell-off. EURUSD climbed to a high of 1.17761 overnight – a level not seen since January 2015. Currently, EURUSD is trading around 1.1740.

USDJPY gathered strength throughout Wednesday, reaching a high of 112.156 before succumbing to USD weakness to reach a low of 110.777 overnight. However, USD pressure is likely to be limited as the markets expect the Bank of Japan to keep its ultra-easy policies in place longer than other central banks. Currently, USDJPY is trading around 111.05.

GBPUSD recovered from early lows of 1.2999, rebounding on the “better than expected – but not great” Q2 GDP release that showed a rise in growth, albeit small. GBPUSD has traded as high as 1.31565 overnight and is currently trading around 1.3140.

At 13:30 BST US Initial Jobless Claims (Jul 21) will be released with the consensus looking for 241K, slightly higher than the previous release of 233K. The US Labour market has shown great strength recently and, whilst the forecast is expected higher, it should not be overly negative for USD – unless it is significantly higher, which will see result in USD pressure.

At the same time, US Durable Goods Orders (Jun) will be released, with a healthy 3.0% consensus predicted – a significant improvement on the previous reading of -0.8%.