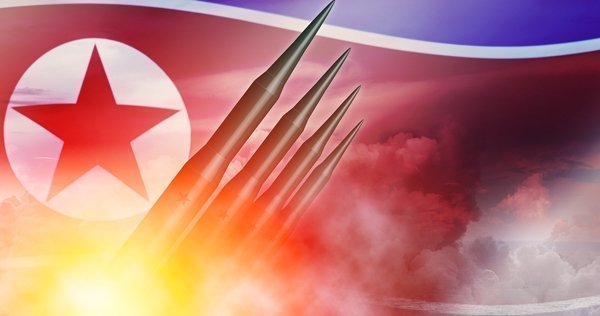 On Sunday, North Korea claimed that it had conducted a test of a hydrogen bomb meant to be carried by a long-range missile. The test of a 100-kiloton bomb was 10 times larger than anything previously tested and is 7 times more powerful than the bomb that destroyed Hiroshima to end the second world war. Chinese President Jinping warned “a dark shadow is looming over the world” and, in a joint statement with Russia said its ally North Korea would be “appropriately dealt with”. With this latest test, geopolitical tensions have risen and the markets have reacted with a risk off sentiment turning to Yen and Gold to hold.

In economic news, the NFP release on Friday was a big surprise to the markets coming in at 156K against the consensus of 180K. The markets were hoping the recent strong ADP release (237K against the forecast 185K), whilst there is not a direct correlation between the two, would result in a strong NFP. With Average Hourly Earnings also decreasing (to 0.1% from the previous 0.3%), it is evident that the lack of upward inflationary pressure will likely delay the Fed in hiking rates this year. As a result, USD was sold against its peers, as the market has determined there is little value in holding the greenback.

ECB President Draghi is expected to express concern over EUR strength when the ECB meets on Thursday. A number of Federal Reserve officials are scheduled to speak this week, including member of the Board of Governors Lael Brainard, Minneapolis Fed President Neel Kashkari, Dallas Fed President Robert Kaplan and New York Fed President Bill Dudley, all of who have expressed doubt about the need for another rate hike this year. US markets are closed on Monday for the Labour Day Bank Holiday.

EURUSD is trading near early highs set on Monday, currently trading around 1.1899.

USDJPY was sold following the North Korea bomb test and is currently trading around 109.55.

GBPUSD is little changed from Friday, currently trading around 1.2955.

At 09:30 BST, the UK Chartered Institute of Purchasing & Supply and Markit Economics will release PMI Construction for August. Markets are expecting a slightly better release of 52, from the previous release of 51.9. Unless the release is significantly different from the consensus the markets do not expect to see any impact on GBP.

At 10:00 BST, Eurostat will release Eurozone Producer Price Index (YoY) for July. The consensus is calling for a lower number of 2.2% compared to the previous release of 2.5%. Whilst a lower number is traditionally seen as bearish for EUR, the markets do not expect any major impact to the value of EUR as they await further clarity of monetary policy from the ECB at their meeting on September 7th.