Cautious Tone from Central Bankers as Risk Off Sentiment Returns 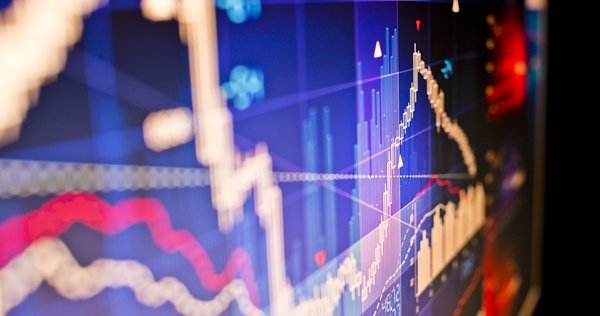 The US Commerce Department released Factory Order (MoM) for July that came at -3.3%, their biggest drop since August 2014. However, capital goods were stronger than the previous release, coming in at 1.2%, indicating an accelerated pace of business spending as we enter Q3.

Many Central Bankers were scheduled to speak on Tuesday. One such Central Banker was Fed Governor Brainard who expressed concern that US inflation is “well short” of the Fed’s target (currently 2%) and that the Federal Reserve should be “cautious about tightening policy further until we are confident inflation is on track to achieve our target”. Markets are skeptical of a rate hike anytime soon, with the probability of a December rate hike at approximately 30%. More US Central Bankers are scheduled to speak but the markets are expecting a similar tone. The markets are now anticipating that ECB President Draghi will echo similar cautiousness when the ECB meets on Thursday for a rates decision and to discuss economic policy.

To add to risk off sentiment comes reports that North Korea could develop missiles that can reach Europe sooner than expected, per French Defense Minister Parly. Her comments came after Russian leader Vladimir Putin said any new sanctions against North Korea, because of its nuclear program, would be “useless” and “ineffective”. More rhetoric followed with President Trump commenting on Twitter that he is allowing Japan and South Korea to buy “a substantially increased amount of highly sophisticated military equipment from the United States”. Such comments resulted in Risk off sentiment as the market moved away from holding USD and moved into traditional safe-havens.

EURUSD climbed higher on Tuesday and currently trades around 1.1910.

USDJPY benefitted from its safe-haven status, losing 1% on Tuesday to trade as low as 108.63. The trend has continued overnight with USDJPY trading down to 108.50 in early trading. USDJPY is currently trading around 108.70.

GBPUSD saw its largest gain in 4 weeks, climbing to 1.30321 on Tuesday. The upward move continued overnight with GBPUSD currently trading around 1.3040.

WTI rose over 2.5% on Tuesday, as many US Gulf Coast refineries are back online. WTI traded as high as $49.22pb on the day, before retracing to currently trade around $48.90. There are more concerns for the Gulf Coast as category 5 storm Hurricane Irma hits Caribbean islands and is likely to impact the south east US.

At 13:30 BST, the Bureau of Economic Analysis and the U.S. Census Bureau will release US Trade Balance for July. Consensus calls for a figure of -$44.6B, compared to the previous release of -$43.6B. The markets will be wary of volatility in USD if the release is wildly different from the forecast.

At 14:45 BST, Markit Economics will release US PMI & Composite PMI. PMI is forecast at 56.8, a slight reduction on the previous release of 56.9. Whilst any number above 50 indicates a bullish USD, the markets will be closely watching as to any aberration from the forecast.

At 15:00 BST, Institute for Supply Management (ISM) will release US Non-Manufacturing PMI for August. Consensus is for a decline to 53.3 from the previous reading of 53.9. Again, any significantly different number from the expected will likely cause USD volatility.

At 15:00 BST, The Bank of Canada will release their Interest Rate Decision along with a statement on the current Canadian economic outlook. The markets expect rates to remain at 0.75% although the tone of the statement is likely to cause volatility in CAD.