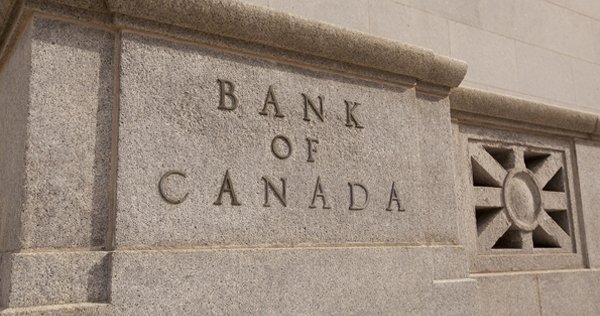 In a surprising move on Wednesday, the Bank of Canada raised interest rates by 25 basis points to 1%. The Bank of Canada said the hike “was warranted given unexpectedly strong economic growth in Q2 but future moves are not predetermined and would be guided by data and market developments”. Such a comment could result in further rate hikes before the end of the year. Following the hike, USDCAD fell by over 2%, to trade at 1.21272, a level not seen since June 2015. Now the markets will be closely watching future economic data ahead of a speech by Bank of Canada Governor Stephen Poloz, scheduled for September 27, when he is expected to provide an economic update.

The US Commerce Department released data on Wednesday that showed the US trade gap rising 0.3% to $43.7 billion. The June trade deficit was revised down slightly to $43.5 billion from the previously reported $43.6 billion. The trade deficit increased less than expected in July, as both exports and imports fell, suggesting trade could contribute to economic growth in Q3. However, the effects from Hurricane Harvey, and the impending effects resulting from Hurricane Irma, could significantly impact commodity prices and therefore push up the trade deficit in September.

The market will now focus on today’s ECB Interest rate decision and the statement that follows from ECB President Draghi. The markets are hoping that Draghi may give more clarity on paring the European Central Bank’s bond-buying program, although some market participants are weary that Draghi may warn against the strength of EUR, which has risen 13% this year to date, the strongest performing G10 currency.

USDJPY made back recent losses to currently trade at 109.00.

GBPUSD continued to hold firm reaching a high of 1.30818 on Wednesday. Currently, GBPUSD is trading around 1.3050.

WTI continued strengthening, reaching a high on Wednesday of $49.66pb, an increase of over 1.5% on the day. Currently, WTI is trading around $49.35pb.

At 10:00 BST, Eurostat will release Eurozone Gross Domestic Product (QoQ) & (YoY) for Q2. Consensus is calling for both data sets to be unchanged: 0.6% for QoQ and 2.2% YoY. As a broad measure of Eurozone economic activity and health the markets will be looking to see an unchanged or better release. A higher than expected number will see EUR move higher, similarly a lower than expected number will see EUR decline.

At 12:45 BST, the European Central Bank (ECB) will announce its Interest Rate decision. The market is not expecting any rate hike.

At 13:30 BST, The ECB holds a press conference and releases their Monetary Policy Statement. The markets will be listening acutely as to the tone of the comments the ECB makes.

At 16:00 BST, the US Energy Information Administration will release the EIA Crude Oil Stocks change report for August 28th. Consensus calls for a rise to 4.7M from the previous drawdown of -5.392M. Oil has risen, after refineries impacted by Hurricane Harvey are slowly starting to come online, but the threat of Hurricane Irma may cause further shutdowns and therefore affect the price of Oil.