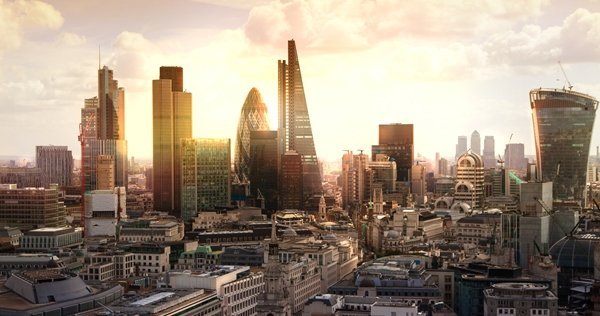 The likelihood of a rise in UK interest rates, for the first time in a decade, gained momentum on Tuesday as UK CPI edged up from 2.9% to 3.0% – its highest level since April 2012. Bank of England Governor Mark Carney did nothing to dispel a rate hike as he gave evidence to the UK Treasury select committee where he stated that the fall in the value of GBP, since the Brexit vote last year, has resulted in higher prices paid for imported goods which will take up to three years to “work its way through the economy”. With poor economic data, uncertainty over the Brexit process and a squeeze on real earnings the Bank of England’s decision to hike rates is delicately balanced. 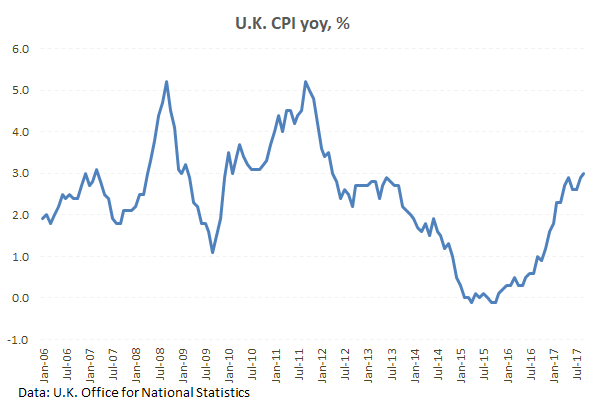 With raised tensions in the Middle East, the price of Oil rose on Tuesday as the markets are concerned that supply distribution could be disrupted. The API report out of the US showed a bigger than expected drawdown in US inventories which, when added to the fighting in Kirkuk, Iraq and the continued tensions between Iran and the US, helped push Oil prices higher. Official US fuel inventory will be released today by the EIA which may help push Oil prices higher if, as forecast, there is a significant drawdown. 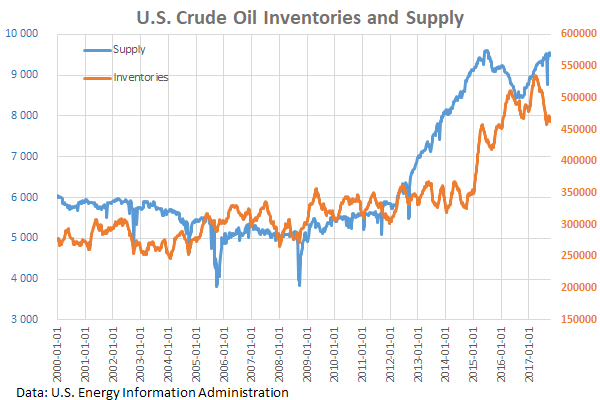 China’s President Xi Jinping delivered a keynote speech to the Communist Party congress in Beijing. The twice-a-decade congress is expected to cement the power of Xi who stated early on in his speech that the “market will be allowed to play a decisive role in allocating resources”. “Currently, conditions domestically and abroad are undergoing deep and complicated changes, our country is in an important period of strategic opportunity in its development,” he said in a calm, steady voice. “The outlook is extremely bright; the challenges are also extremely grim.” The markets will be watching the congress meeting this week for any suggestion of whether Xi may be looking to appoint a successor to take over after his traditional second five-year term in office.

EURUSD is little changed in early Wednesday trading. Currently, EURUSD is trading around 1.1760.

GBPUSD is currently trading near early session lows around 1.3182.

At 09:10 BST, ECB President Mario Draghi is scheduled to present the opening speech at the ECB Conference “Structural reforms in the euro area” in Frankfurt, Germany.

At 09:30 BST, UK National Statistics are scheduled to release Average Earnings including bonus (3Mo/Yr) for August. Consensus is calling for an unchanged 2.1%. The markets will be keen to see if UK average earnings are rising in line with inflation. If they are, we can expect the Bank of England to raise rates in the near future. If they are lagging inflation, then real earnings are lower and it may be difficult for the Central Bank to justify a rate hike. 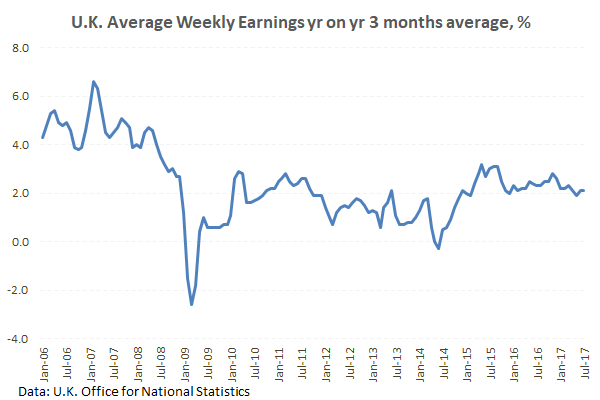 At 13:30 BST, the Us Census Bureau, at the Department of Commerce, is scheduled to release Housing Starts Change for September. The previous poor release of -0.8% is expected to be improved upon with consensus suggesting a release of -0.5%. Whilst the data is still expected to be negative, the markets are aware that the recent Hurricanes are still impacting building in certain states.

At 15:30 BST, the US Energy Information Administration will release data for Crude Oil Stocks change for the week ending October 13. The consensus is calling for a drawdown of -4.750M compared to the previous draw of -2.747M. Expect volatility in Oil if the released number is significantly different from the consensus.