Forex: Strong Economic Data from The UK & US 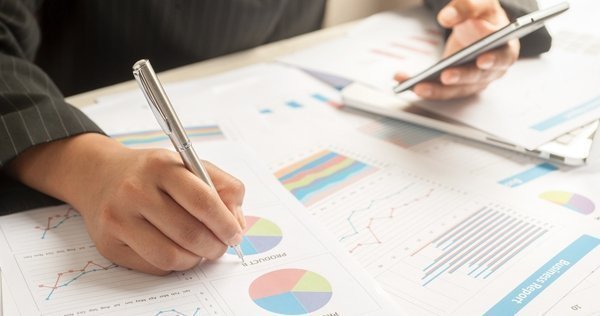 On Wednesday, the UK Office for National Statistics released Gross Domestic Product, that beat expectations, coming in with growth of 0.4% in Q3. Improving by 0.1% on the previous quarter of 0.3%, UK Chancellor Phillip Hammond commented that it showed a “resilient economy which is supporting a record number of people in employment”. The mainstay of the UK, the services sector, which accounts for nearly 80% of economic growth, grew by 0.4% as it did in the previous quarter. Industrial production also grew by 1% during Q3, helped by a 1% jump from manufacturing and a 1.5% increase from mining and quarrying. Despite the growth in GDP, the estimate for annual growth is below the 1.8% last year and is the slowest for 5 years. The better-than-expected data helped push GBP higher against its peers with GBPUSD rising to a near 3-week high.

The US Census Bureau released Durable Goods Orders and ex Transportation data for September on Wednesday that increased more than expected. Durable goods for September climbed to 2.2%, beating expectations of a 1% rise, to $238.7 billion. The bulk of the increase was a result of higher transportation orders which rose by 5.1%. Durable Goods have now increased in 3 out of the last 4 months. The data indicated a favorable manufacturing sector, despite the recent Hurricanes that disrupted employment data. Following the release, the USD saw initial buying interest before retracing lower.

The Bank of Canada held its benchmark interest rate at 1% on Wednesday, but raised concerns about the Canadian economy. Policy makers, led by Governor Stephen Poloz, left the benchmark overnight rate at 1%, after consecutive hikes at the bank’s last two decisions in July and September, and warned they will remain “cautious” when considering future hikes. Following the announcement, the markets are now discounting the likelihood of another interest rate hike this year, which caused CAD to weaken by 1%. Many are now expecting a hike in Canadian interest rates by March of next year and not January as many had forecast.

The markets are now focusing on today’s ECB Meeting at 12:45 BST.

GBPUSD is little changed, trading around 1.3265.

At 08:45 BST, the Reserve Bank of Australia Assistant Governor Guy Debelle is scheduled to speak at the ABS Auditorium, Abercrombie Business School at the University of Sydney.

At 12:45 BST, the European Central Bank will announce its Interest Rate decision. The markets are not expecting any change.

At 13:30 BST, following the 12:45 BST ECB interest rate decision there will be the ECB Monetary policy statement and press conference. The markets will be keen to hear news of changes in policy which may affect EUR.