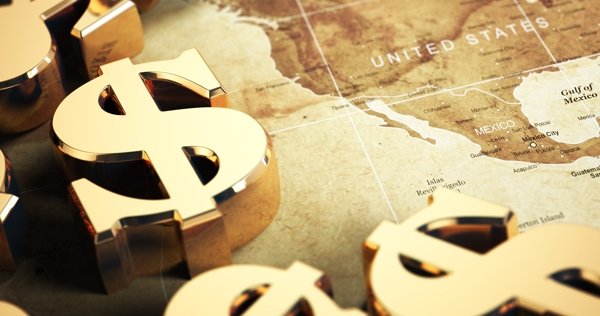 The US Commerce Department released Q3 GDP data on Friday, showing the US economy expanded at an annual pace of 3%. With the back-to-back Hurricanes during the quarter many had expected Q3 GDP to be lower than the previous, robust, release of 3.1% – consensus forecasts had called for a release of 2.5%. The effects of the Hurricanes appear to have been smaller and less impactful on economic growth than had been previously expected. However, much can be attributed to the disruptions caused by Harvey & Irma, as consumer spending declined to 2.4% from the strong 3.3% rate seen in Q2. The Commerce Department cautioned that the data did not capture all the losses caused by the storms, which caused shutdowns of many businesses in Florida and Texas. The back-to-back growth of >3% is the first time since 2014 and is likely to keep the Federal Reserve on track to hike interest rates one more time in 2017. The data helped push USD higher against its peers. 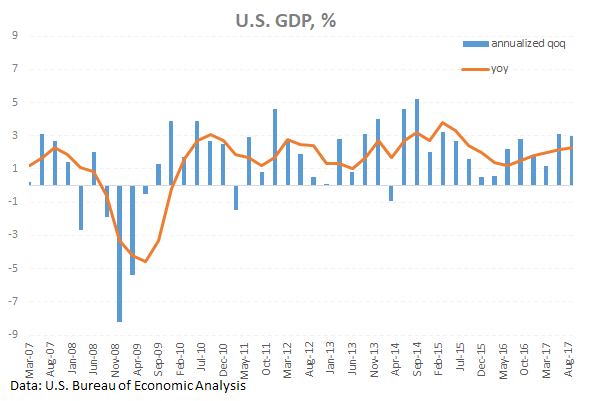 In Spain on Friday, Catalonia’s parliament defiantly declared independence in a vote boycotted by three parties, claiming an Oct. 1 referendum, that was ruled illegal under Spanish law, had given them a mandate. Following the vote, Spain’s central government fired Catalonia’s President Puigdemont, dissolved the region’s parliament and dismissed the local government after the Spanish Senate approved the use of article 155 of the constitution. At the same time, Spanish Prime Minister Rajoy called for an election on December 21st. On Sunday, in Catalonia’s capital Barcelona, hundreds of thousands of demonstrators rallied to show that not everyone is in favor of independence. The United States and the European Union also rejected the results of the referendum and support a united Spain. Without Catalonia, Spain would continue to be the fourth largest economy in the eurozone, after Germany, France and Italy, but it would be much weakened. An independent Catalonia becomes a threat not just to Spain but to the EU as a whole, in some ways a greater threat than Brexit. EUR had been under downward pressure following the slow and gradual reduction of QE and the Catalan issue is not helping the single currency.

EURUSD is little changed in early trading at around 1.1615.

USDJPY is trading close to Friday’s close at around 113.62.

Gold is slightly lower, due to USD strength, currently trading around $1,271.

At 09:30 GMT, the Bank of England will release Consumer Credit for September. The forecast is expected to come in at GBP 1.5 billion compared to the previous months GBP 1.583 billion. We can expect to see volatility in GBP if the release is wildly different from expectations.

At 10:00 GMT, the European Commission will release Industrial Confidence, Economic Sentiment Indicator, Business Climate, Consumer Confidence and Services Sentiment for the month of October. Industrial Confidence is forecast at 7.0 (prev. 6.6), Economic Sentiment at 113.4 (prev. 113), Consumer Confidence unchanged at -1 and Services Sentiment at 15.0 (prev. 15.3). Whilst all of these data releases should indicate relatively good sentiment, any release that is significantly different from forecast will likely see EUR volatility.

At 12:30 GMT, the US Bureau of Economic Analysis will release Core Personal Consumption Expenditure – Price Index (YoY & MoM) for September. The previous year-on-year reading of 1.3% is expected to be beaten, as upward inflationary pressure should start to be evident in the US economy. The month-on-month releases is expected to come in at 0.2%, beating the previous release of 0.1% – again pointing to upward inflationary pressure. 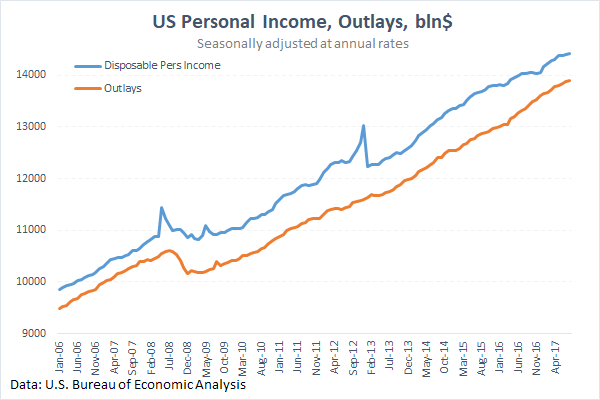