Forex: Kiwi Gets a Boost 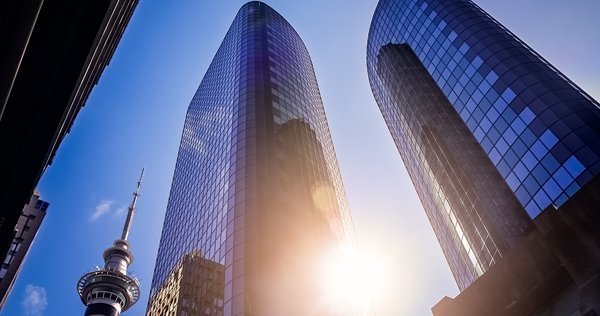 Earlier today the Reserve Bank of New Zealand (RBNZ) left their Official Cash Rate (OCR) unchanged at a record low of 1.75% – as the markets had forecast. More importantly was the RBNZ revising inflation forecasts upwards, which is likely to signal an increase in interest rates earlier than previously predicted. RBNZ acting Governor Spencer stated after the announcement “Monetary policy will remain accommodative for a considerable period,” & “the exchange rate has eased since the August statement and, if sustained, will increase tradables inflation and promote more balanced growth.” The RBNZ had set an inflation target of between 1% and 3% and now expects inflation to reach 2% in Q2 of 2018, a full 3 quarters earlier than previously expected. Because of inflationary pressure, the markets are forecasting a rate hike by the end of next year. Following the announcement, NZDUSD rose from around 0.6922 to just above 0.6970. NZDUSD has suffered in the second half of this year, after reaching a high in July of around 0.7550 the Kiwi slumped to lows around 0.6830 earlier this month. Today’s announcement gives a much needed “boost” to the Kiwi.

Wednesday’s EIA report surprised the markets with an unexpected increase of oil inventories. The markets had been expecting another drawdown around -2.8M that continues a trend seen over the past few releases. For the week ending November 3rd US Crude Oil inventories rose 2.2M as supplies increased, while production jumped to a record all-time high. The major focus is the fact that US production increased 67,000 bpd to 9.62 Million bpd – the highest since data was readily available in 1983. The increase in US production can only undermine OPEC’s supply cuts to boost the price of crude.

EURUSD is unchanged in early Thursday trading at around 1.1600.

NZDUSD is currently trading around 0.6960.

At 09:00 GMT, the European Central Bank launches a new publication, the Economic Bulletin, to replace the ECB Monthly Bulletin. It will be published two weeks after each Governing Council meeting.

At 10:00 GMT, the European Commission will release Economic Growth forecasts as compiled by the Directorate General for Economic and Financial Affairs (DG ECFIN).

At 13:30 GMT, the US Department of Labour will release Initial Jobless Claims for the week ended November 3rd and Continuing Claims for the period ended October 27th. The previous release of Initial Claims of 229K is expected to be bettered, with forecasts calling for a release of 232K. Continuing Claims are expected to come in at 1885K, a minor increase on the previous release of 1884K. Any significant deviation from forecast will see USD volatility.

At 15:00 GMT, the UK National Institute of Economic and Social Research will release an estimate of UK GDP. This release occurs 1 month before the official GDP release and could result in GBP volatility.

At 16:30 GMT, Swiss National Bank Chairman Thomas Jordan is scheduled to speak at the CFS Presidential Lectures in Frankfurt, Germany on the subject: “Independence of Central Banks after the Financial Crisis: The Swiss Perspective”.