Forex: Ruble Suffers Biggest Drop in More Than a Year

The Russian ruble seems to have run out of luck. Yesterday, the currency lost 1.5% against the dollar and 2.5% against the euro, with this drop coming in as a result of several negative factors. The API reported an increase in oil inventories, which may be confirmed later in the day in the official report. This added pressure on oil quotes, as investors focused on the issue of oversupply amid sustaining high oil inventories. 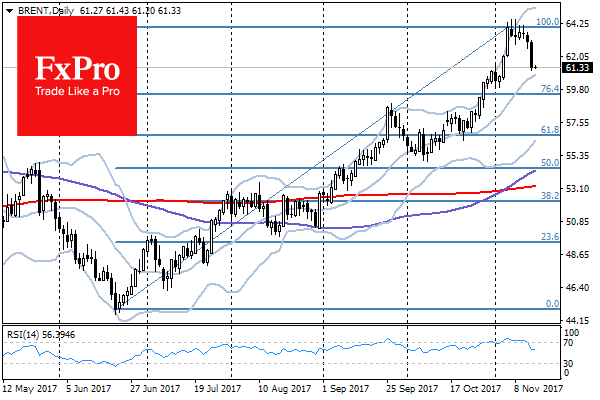 The markets seem set to register profits in assets that have previously rallied. Commodities and stocks are under pressure as a result of speculation that, over the past few months, they have gained too much too fast. This has had an impact on the ruble, contributing to its sharp drop.

The ruble had shown signs of weakness early last month, with positions abandoned despite the growth in oil quotes. This in relation to a currency that is traditionally weak around this time of the year due to payments on external debt and more active budgetary expenditures. The increase in purchases of foreign currency to the reserve fund by the Russian Ministry of Finance has had further negative impact.

The ruble is expected to remain under pressure as the factors that affect it will most likely continue to do so for the foreseeable future. Oil corrections and risk aversion in the global markets could potentially cause the ruble to fall even further in the coming days and weeks. EURRUB reached 71, heading for the highs of August around 72, while USDRUB surpassed 60, now on its way to the extremes of July and August at 61. A move beyond these levels could signal an even bigger drop for the currency, in the regions of 75 and 64 for the currency pairs respectively.