Crude reached higher highs in the first ten days of November than it had in more than two years, then experiencing a correction of roughly 5%. After that, both Brent and WTI went into recovery mode.

Yet, while the European oil benchmark recovered half the correction to reach $63 per barrel approx., the U.S. benchmark has moved beyond previous peaks, rising to 58.37 since last Tuesday.

The bulk of oil in Europe and Asia comes from the members of “OPEC Plus”, including Russia and nearly a dozen other producers mainly from Eurasia, which are scheduled to meet in Vienna in late November. This meeting is scheduled to last not more than 3 hours, as the main decisions have already been adopted and agreed upon, with the markets expecting the extension of production restrictions for the entire 2018.

It could perhaps make sense if we were to see a reversal in the dynamics of limited oil supply conditions in Europe and Asia, while production in the U.S. has already surpassed volume records. It seems that this divergence derives from an increased oil demand in the U.S. itself. Despite production records, the U.S. also experienced sharp drops during the hurricane season in September and October. In addition, oil demand also seems to be due to an increase in energy demand, caused by the need to restore the affected regions. While oil reserves in the U.S. often grow upon the end of the vacation season and during early Autumn, this year saw the stock reduction trend which began at the end of April remain unaffected, with inventories down by 14%, registering a 6.5% drop year-to-date. 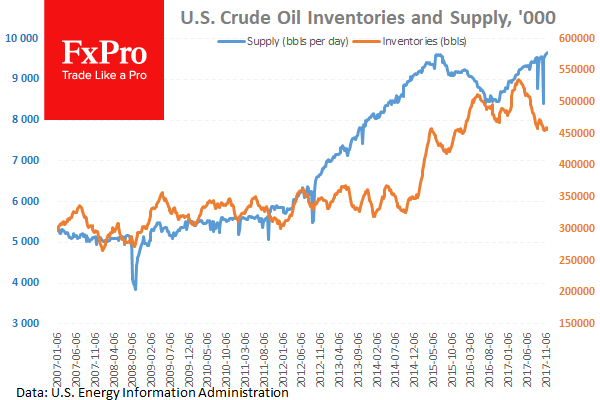 A broader trend is also traced in the boom in the automotive industry, which the American press has been running stories on for about a year. Some have even compared the current situation with the mortgage boom in the mid-2000s. September was a record month in terms of vehicle sales, reaching an annual rate of 18.9 million units. Americans are also seen to be purchasing more powerful cars thanks to lower gasoline prices and an impressive employment growth. It’s been more than a decade since the last time such a favourable combination of factors last came into play, with employment rates and oil prices usually moving in similar directions. 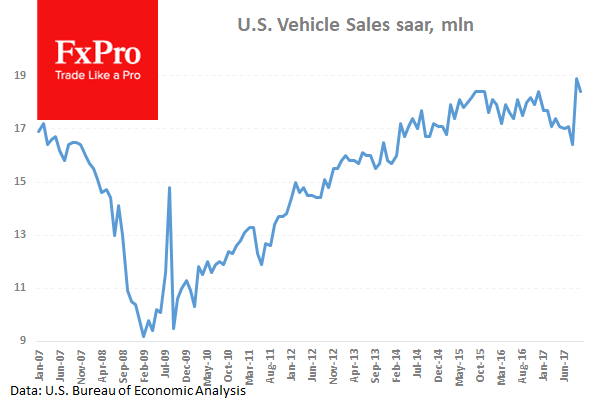 What’s more, interest rates remain low, which suggests a possibly even higher demand for cars and, naturally, gasoline. Simply put, it is unlikely that this production increase in the U.S. will lead to stockpiling.

Rather, it is more likely that this will support the American WTI price, allowing it perhaps to approach Brent and potentially even return to the previous ratio. The increase in demand in the U.S. also seems to support Crude prices, even though a growth in quotations depends on the other side of the Atlantic. 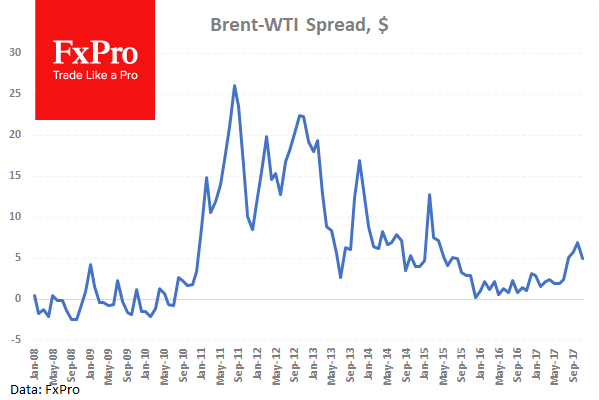