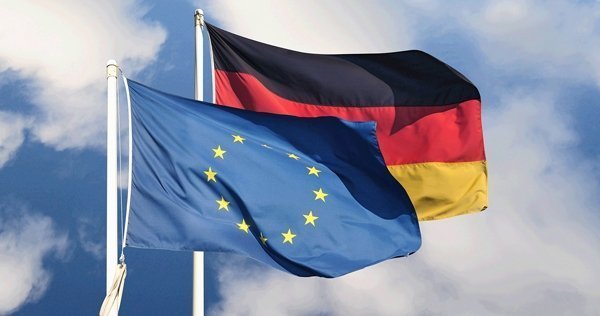 The political instability in Germany improved over the weekend, as the leader of Bavaria’s conservative party endorsed an alliance with Germany’s Social Democratic Party (SPD). With voter pressure and the need to avoid new elections, the SPD has agreed to talk with Chancellor Angela Merkel, which raises the prospect of a new “Grand Coalition” German Government. Many European leaders have underlined the importance of getting a stable German government in place quickly so that the Eurozone can discuss its future, including Brexit and proposals by French President Emmanuel Macron on Eurozone reforms. Chancellor Merkel stated over the weekend that she would pursue a grand coalition and an Enid poll showed on Sunday that 52% of Germans backed a grand coalition. Support for Merkel’s Christian Democratic Union was up 2 points at 33% from a week ago and the SPD was up 1 point at 22%. The markets have reacted favorably to the news pushing EURUSD to 2-month highs in early Monday trading.

Crude oil prices were mixed in early Monday trading, as the market has turned cautious ahead of a highly-anticipated Organization of Petroleum Exporting Countries (OPEC) meeting on Thursday to see whether major producers plan to extend their current production-cut agreement. The Markets expect OPEC to extend output cuts for a further 9 months until the end 2018, in a bid to reduce global oil inventories and support oil prices.

On Friday, Standard & Poors Global Ratings downgraded South Africa’s local debt to “junk” status, which saw the Rand slide against its peers. S&P also reduced the rating on South Africa’s international debt by one place, to BB, moving it deeper into non-investment grade territory, often known as junk. The more important move was cutting the country’s local currency credit rating from BBB to BB , meaning that is now also considered speculative. The downgrade will put pressure on international investors, who require investment-grade ratings. USDZAR traded from a low of around 13.8050 up to 14.1560 following the downgrade, before settling around 14.09 in early Monday trading.

EURUSD is little changed from Friday, currently trading around 1.1925.

GBPUSD is unchanged from Friday’s close, currently trading around 1.3320.

At 15:00 GMT, the US Census Bureau will release New Home Sales and New Home Sales Change (MoM) for October. New Home Sales are forecast to come in at 0.625M, a slight reduction on the previous release of 0.667M. Any significant deviation from forecast will see USD volatility. 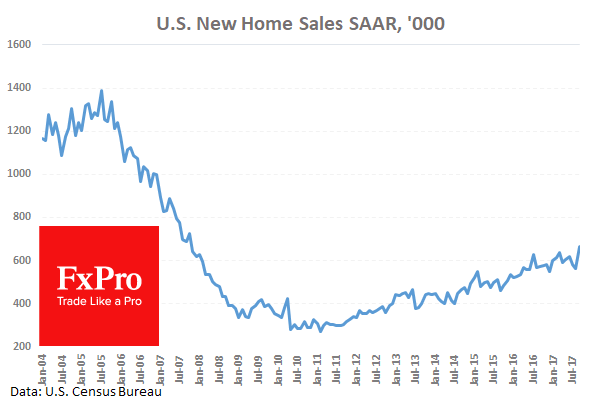 At 15:30, the Federal Reserve Bank of Dallas will release the Dallas Fed Manufacturing Business Index for November. This is a general barometer of Texan output, employment, orders, prices and other indicators, and whether they have increased, decreased or remained unchanged over the previous month. As the largest state, the markets will look at this indicator as a gauge on the larger US economy.