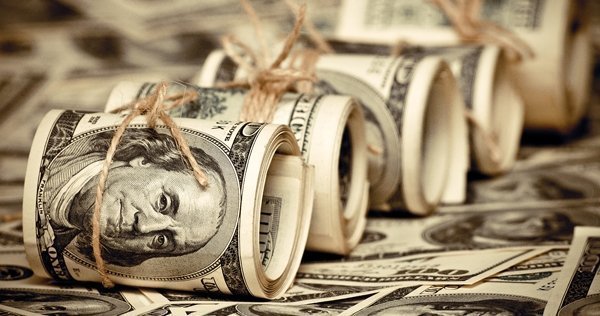 The Federal Reserve, as expected, raised its benchmark interest rate by a quarter of a percentage point, to a range of 1.25% to 1.5%. The latest hike continues the Fed’s gradual move toward higher rates, which were cut to virtually zero during the financial crisis. The latest hike is the 3rd time this year that the Fed has raised rates, reflecting its confidence that the economy is robust and growing. In the statement that followed the decision, the Fed suggested that the upcoming tax cuts would only modestly increase growth with little to no impact on inflation. Therefore, the Fed looks to be adhering to the plan of 3 rate hikes in 2018. Fed Chair Janet Yellen commented, “We continue to think that a gradual path of rate increases remains appropriate even with almost all participants factoring in their assessment of the tax policy”.

Prior to the rate hike, the US Bureau of Labor Statistics released CPI for November. The Consumer Price Index rose 0.4% in November compared to October, in line with market expectations. But 75% of the November increase was due to rising energy prices, which rose 3.9%, as the price of gasoline at the pump surged 7.3% compared to the previous month. Annualized CPI rose 2.2%, above the Fed’s 2% inflation target. Outgoing Fed Chair Yellen has admitted that the Fed’s understanding of the forces driving inflation is “not perfect”.

The US Energy Information Administration released its latest data for Crude Oil Stocks change for the week ended December 8th. US crude oil stockpiles fell by 5.1 million barrels, the 4th consecutive week of declines, to 442.99 million barrels, the lowest in just over 2 years. Oil prices fell on news of the drawdown as it was countered by a larger-than-expected rise in gasoline inventories, and US crude output continued to grow to a record high of 9.78M bpd.

Today will see 2 more Central Bank meetings: The Swiss National Bank and the Bank of England.

EURUSD is little changed in early Thursday trading at around 1.1832.

WTI is unchanged overnight, trading around $56.66.

At 08:30 GMT: the Swiss National Bank (SNB) will announce its interest rate decision and hold a press conference. Rates are expected to remain at 0.75% but the markets will be keen to hear any updates to monetary policy as we close 2017 and enter 2018. There is a possibility that we may see CHF volatility following the release.

At 9:00 GMT: Markit Economics will release Eurozone PMI data for December. PMI Composite is forecast to come in lower at 57.2 from the previous release of 57.5. Services PMI is forecast at 56.0 from 56.2 and Manufacturing PMI is forecast at 59.6 from 60.1. Any significant deviation from forecasts will see EUR volatility.

At 12:00 GMT: The Bank of England will announce its interest rate decision. The markets expect the BoE to leave rates unchanged at 0.5% but will be interested in the Monetary Policy Summary that follows the announcement for clues as to future monetary policy – along with the minutes from the previous MPC vote.

At 13:30 GMT: the US Census Bureau will release Retail Sales for November. The focus will be on the month-on-month release that is forecast at 0.3%, slightly higher than October’s 0.2%. We can expect USD volatility if the actual release is significantly different from the forecast.

At 13:30 GMT: the European Central Bank (ECB) is expected to release its Monetary Policy statement and hold a press conference. Whilst interest rates in the Eurozone are unlikely to change for some time, the markets will be keen to learn any changes to the scaling back of QE and economic forecasts for the EU. The markets could experience heightened volatility in EUR during the press conference.

At 17:25 GMT: Bank of Canada Governor Poloz is scheduled to speak before the Canadian Club Toronto on the topic: “Issues keeping the Governor awake at night”. The markets could see CAD volatility during the speech and the Q&A session.