Forex: FTSE and DAX helped by Rally in Commodities 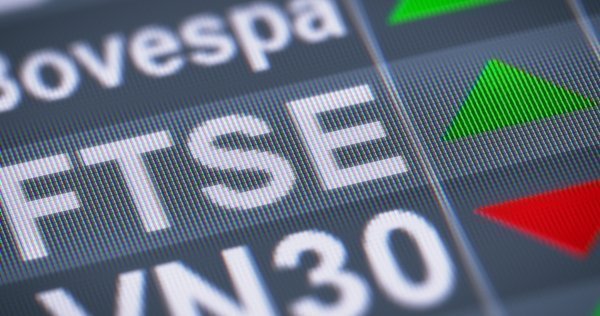 Commodity stocks benefiting due to strength in oil and metals prices, combined with positive sentiment from gains on Wall Street are helping to support a rally on European stock markets.

The DAX index of German stocks rebounded as latest figures showed that the jobless rate held steady at a record low of 5.5 percent in December, bolstering optimism over the health of Europe’s largest economy. The German index benefits from a weaker Euro, which was trading lower for the first time in six days. DAX has been under pressure due to the political developments in Germany where Merkel continues to struggle to form a government.

On Tuesday, DAX traded briefly below the support around 12800 but rebounded from the June trend line close to the daily 200MA. This price action also drew a bullish pin bar candlestick. Provided the index remains above 12800 on a daily closing basis, the bullish momentum would find some resistance at 13000, 13200 and 13320. However, a break down could lead a drop to 12500.

UK stocks swung between small gains and losses on Wednesday. The FTSE was boosted by the retail sector after Next’s better than expected Christmas update. However, the weaker pound after a disappointing UK PMI survey did little to help the index today.

On the back of recent stronger commodity prices, FTSE broke to new all-time highs during the final trading days of 2017 and appears to be in a period of consolidation. The 4 Hourly chart shows the index trading in a channel with a confluence of trend line and horizontal support at 7635. Provided this area holds, a move to new highs above 7700 cannot be ruled out. On the flip side, a break below 7635 could lead to a move lower to the 23.6% Fibonacci and horizontal support at 7605 followed by 7580.