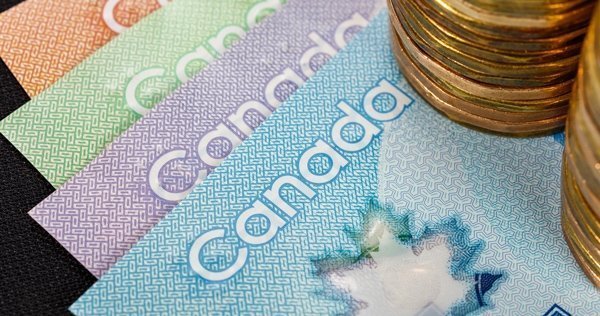 The Canadian dollar strengthened against the U.S. Dollar on Friday, as the probability of a rate hike by the Bank of Canada (BOC) in January soared to over 80%. The move came after stronger-than-expected domestic jobs data showed that the surging Canadian economy added 78,600 new positions in December for the second month in a row, beating expectations of a modest 1,000 gain. The unemployment rate fell to its lowest point in more than 40 years. The BOC hiked rates last July and September after sitting on the sidelines for almost seven years and then indicated caution in its October statement. However, this jobs report may push the BOC to do what the Canadian economy needs and hike rates again in January.

USDCAD traded sharply lower on Friday after the jobs data and since has entered a consolidation phase. The pair retraced some losses, but so far it’s capped at the 1.2416 level which is at the 38.2% retracement of the sharp drop. Provided the pair trades below 1.2416, a move to the 2013 trend line and 78.6% Fibonacci at 1.2242 followed by lows at 1.2063 is possible. On the flip side, a reversal back above resistance would put the bulls back in control with 1.2566 and 1.2632 as areas or resistance.

The strength of the Canadian Dollar combined with the weakness of the British Pound would give this cross momentum to the downside. GBPUSD has traded at 1.36 but has been dropping in recent sessions, indicating possible GBP weakness on the horizon.

GBPCAD has broken out of a trading channel in place from September 2015. While the pair continues to trade below resistance at 1.6870, a continued push lower targets the 200MA at 1.6740 followed by 1.6640 and the 61.8% Fibonacci retracement at 1.6455. However, a break above the resistance level would negate the bearishness and target a test of the 1.70 region again.