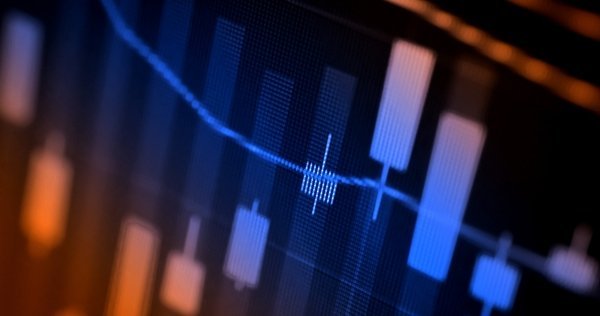 The U.S Dollar Index, which measures the greenback against six rival currencies, strengthened this week helped by a pullback in the Euro. The index is now extending the recovery to test 92.6, after three weeks of selling towards the end of 2017 amid uncertainty over the path of Federal Reserve rate hikes. 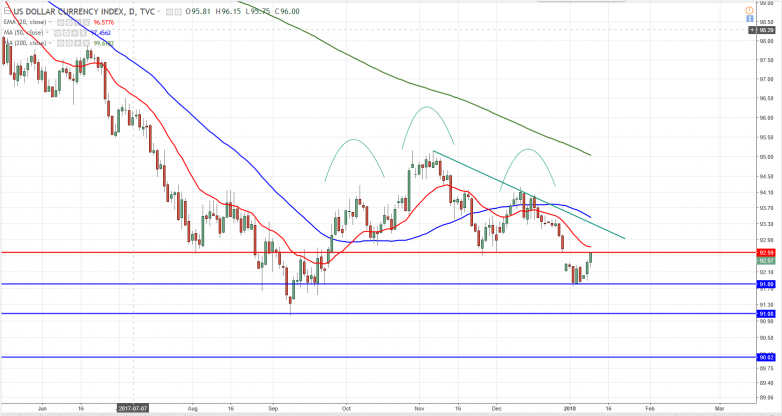 This morning saw a fresh round of USD buying which was attributed to the U.S. 10-year Treasury yields rising to 2.5% for the first time since the tax reform bill was confirmed in December. A continued boost to 10-year yields to 2017 highs of 2.63 would bode well for further USD strength. 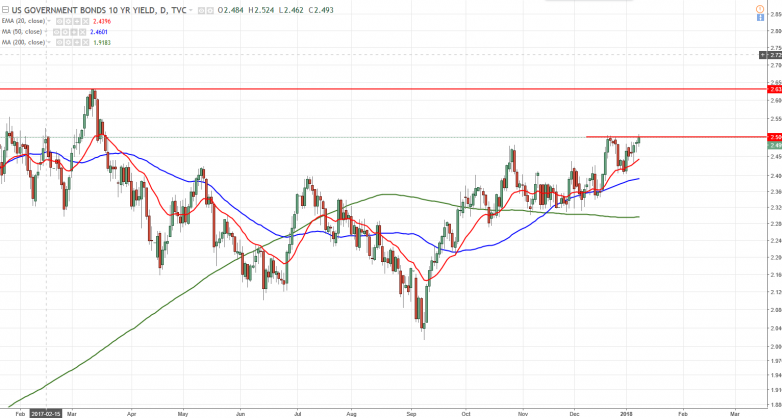 However, it remains to be seen if the greenback can sustain the recovery, as attention will now turn to U.S. Job Openings and Labor Turnover Survey (JOLTS) on Tuesday, ahead of the U.S. Inflation figures due on Friday.

Dollar strength and political uncertainty surrounding U.K PM May’s cabinet reshuffle is weighing on the pair. In the 4-Hourly timeframe, GBPUSD is attempting to break out of a trading range. A 4-Hourly close below the support at 1.3522 would open the way for a test of the 38.2% swing retracement and horizontal support at 1.35 followed by 1.345. However, should the lower bound of the channel hold then a return to 1.3580 is likely.