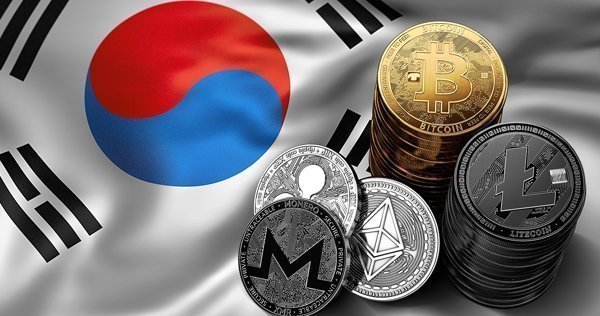 Bitcoin, Ripple and Ethereum have experienced a sharp sell-off this week on concerns South Korea is preparing to ban cryptocurrency trading. South Korea is among the world’s largest cryptocurrency markets, and a ban in trading would dry up liquidity. However, the stance was softened on Friday as the South Korean Presidential Office said that a shutdown was just “one of the measures prepared by the Ministry of Justice, but it’s not a measure that has been finalised”.

On Thursday, Ripple announced a partnership with MoneyGram as it took another step closer to entering the world of mainstream finance. MoneyGram plans to use XRP to speed up and reduce the cost of transferring money through the cryptocurrency’s network. This endorsement of Ripple’s technology caused a spike in the value of XRP.

On the 4-Hourly log scale chart, XRPUSD has dropped sharply from the highs at 3.30 but bounced off previous lows around 1.60 on this announcement. The pair is now trading at the upper channel resistance but continued bullishness and a breakout is needed to push the price to previous highs around 2.46 followed by 2.78. A reversal should find support at 1.40, then the 61.8% Fibonacci at 1.40. 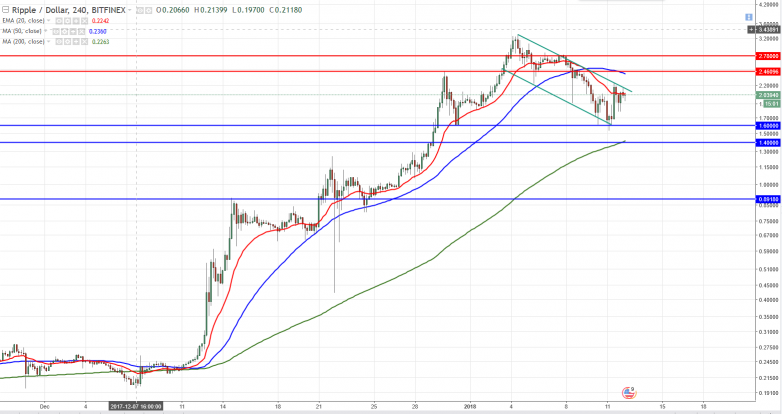 On the 4-Hourly log scale chart, Bitcoin has been trading in a channel for the last month with the lower trend line tested during the South Korea news sell-off. A continued recovery could see a move to the upper trend line with resistance around 16,100 and then 17,200. However, a 4-hourly close below the lower trend line could open the way to a test of 11,500. Strong support should emerge around the 10,000 area, as this is a big round number and represents a 50% drop from the high. A failure here could lead to a test of the 61.8% Fibonacci retracement at 8100. 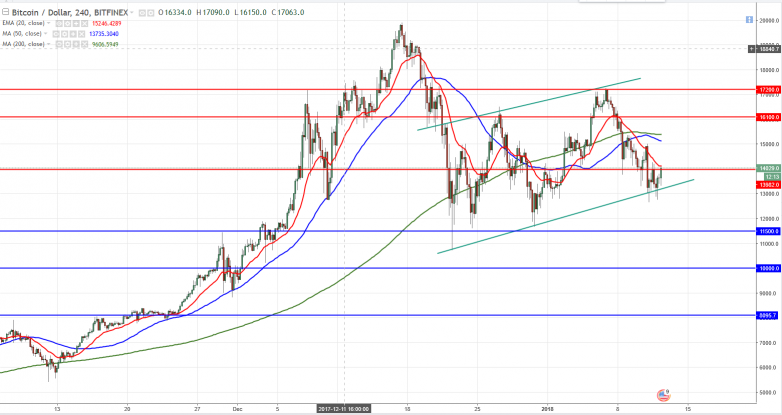