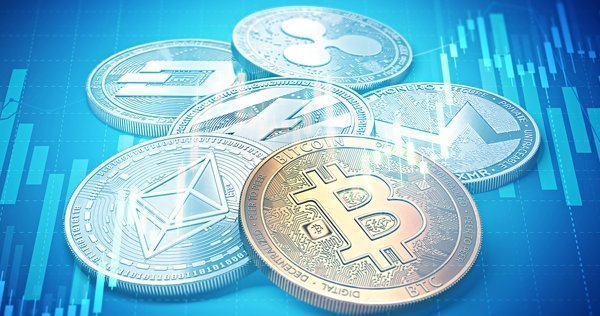 This morning all cryptocurrencies are sliding amid a major selloff. Most have fallen more than 10 percent, with the price of Bitcoin trading below $12,000. Earlier, it was reported that deputy governor of the Chinese central bank, PBOC, said in an internal meeting that China should ban centralized trading of virtual currencies as well as related services. China may target websites and mobile apps that offer exchange-like services, in a bid to block access to platforms that deliver centralised trading on cryptocurrencies. Further news from South Korea also emerged, again suggesting an outright ban on crypto trading. All of this has caused a steady decline in volumes in Japan and South Korea for the last few days.

On the 4-Hourly chart, XRPUSD has now broken the 1.60 support level identified in our previous report. This level can now be considered resistance and only a reversal and break above would change the bearish outlook. Near-term support has emerged at 1.13, but a breakdown would open the way for a test of the horizontal support and 78.6% Fibonacci near 0.892. 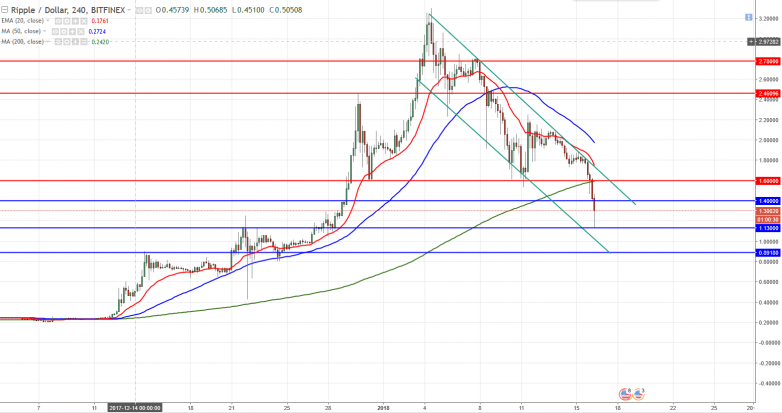 On the 4-Hourly log scale chart, Bitcoin has now broken down from the trading channel identified in our previous report. Support seems to have emerged around 11,500 as envisaged. However, should further declines ensue; strong support should emerge around the 10,000 area, as this is a big round number and represents a 50% drop from the high. A failure here could lead to a test of the 61.8% Fibonacci retracement at 8,100. A reversal and move back into the trading range above 13,000 would be needed to change the outlook. 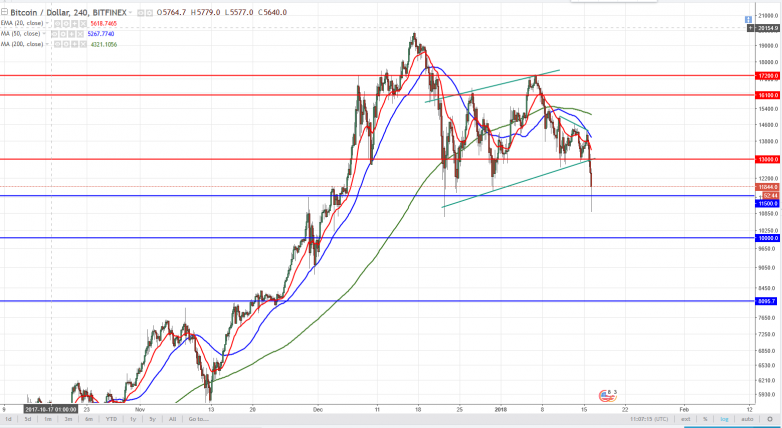