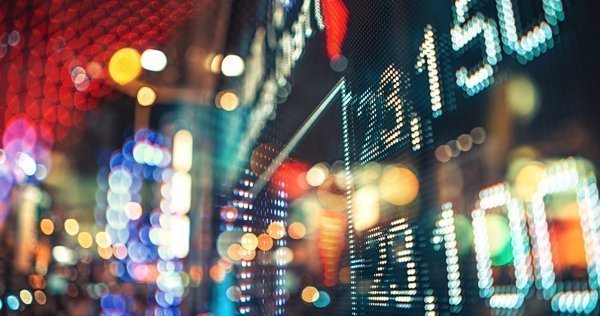 This morning, ahead of the European markets open at 07.00am GMT, we saw the release of a range of data from China. Chinese Retail Sales came in at 9.4% v an expected 10.1%, from a previous 10.2%. Industrial Production came in at 6.2% v an expected 6.0%, from a previous 6.1%, and probably the most important, YoY GDP came in unchanged at 6.8% v an expected 6.7%. The Gross Domestic Product (GDP) data is released by the National Bureau of Statistics of China and studies the gross value of all goods and services produced by China. The indicator presents the pace at which the Chinese economy is growing or decreasing. As the Chinese economy influences the global economy, this economic event normally has an impact on the Asian equity and Forex markets.

Turning to currencies, the U.S. Dollar Index rebounded slightly from its three-year low, currently trading at 90.65. Euro dropped a bit post various ECB speeches, currently trading just below the psychological 1.2200 level. Sterling jumped initially to an intraday high of 1.3940, creating a fresh post-Brexit high, before correcting slightly to 1.3810 ahead of the European open.

In Commodities, WTI is higher, trading very close to the important $64.00, mainly reflecting solid compliance to OPEC production cuts, currently at above 100% for December. Precious metals weakened, with Gold below $1330 and Silver close to $17.00, both trading slightly lower. Other base metals like Copper, Zinc and Aluminium also fell.

UK MPC Member Saunders spoke at the Financial Intermediary and Broker Association inaugural conference in London. He said that any further tightening would be gradual and limited. The Jobless rate is likely to fall to 4% or below in 2018, from 4.3% in late 2017. The near-term outlook for the UK economy is not great but not terrible. Pay growth is likely to increase to 3% or more in 2018. GBPUSD fell to 1.37802 during this time.

US NAHB Housing Market Index (Jan) was as expected at 72. The previous reading was 74.

The Bank of Canada Rate Statement was made public. The Monetary Policy Report was also released and the Interest Rate Decision was increased, as expected, to 1.25% from 1.00% previously. In the statement, the Bank referenced its concerns about NAFTA. ‘’Recent data have been strong, inflation is close to target, and the economy is operating roughly at capacity. However, uncertainty surrounding the future of the North American Free Trade Agreement (NAFTA) is clouding the economic outlook.’’

The Bank of Canada Press Conference following the Rate statement was led by Governor Poloz. He reiterated how the Bank’s decisions were data dependent and today’s decision validates what he saw in the marketplace. He again referred to NAFTA and the general tone was neutral.

At 23:50, Japanese Foreign Investment in Japanese Stocks (Jan 12) came in at ¥498.7B, from a prior reading of ¥597.9B. Foreign Bond Investment (Jan 12) was ¥953.5B, from a previous reading of ¥173B. The USDJPY currency pair reacted negatively to the published figure, initially dipping lower from the pre-announcement 111.35 level.

EURUSD is down overnight, trading around 1.2200.

USDJPY is up in early session trading at around 111.28.

At 08:15 GMT, UK German Buba President Weidmann will speak to a joint conference of the IMF and Bundesbank in Frankfurt. EUR crosses can be moved by the comments made during this time.

At 14:30 GMT, ECB’s Coeure will speak and his comments can trigger an increase in volatility in EUR crosses.

At 21:30 GMT, New Zealand Business NZ PMI (Dec) will be released. The previous release showed a PMI of 57.7. NZD pairs could be affected by this data.