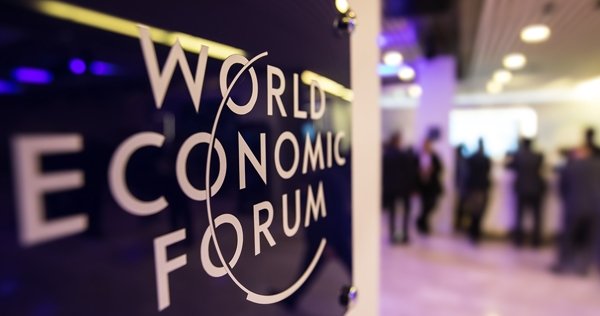 There was a general increase in volatility last week across the board due to Davos and a busy economic calendar. On Friday, BOJ’s Kuroda made comments in Davos concerning the Japanese economy, saying the contrast between recovery and inflation stands out more than anywhere else and the economy is expanding moderately and will continue. It’s the second largest expansion post-war. Medium to long-term inflation expectations is expected to rise. The deflationary mindset has been more tenacious than expected. He said that the output gap is closing and that the BOJ will continue aggressive easing. Most risks, from his perspective, were external and there were some indications that wages were rising. This last comment about wages sent USDJPY lower from 109.542 to 108.360.

Bank of England Governor Mark Carney also made comments at the same event, saying 80% of the G7 recovery is led by investment and trade. The probability of adjustment in asset prices has risen. We have not fully solved too big to fail. The market will decide where asset prices should be and the financial system is unlikely to amplify asset price moves. He also said that higher capital standards would help if there was a disorderly Brexit. EURGBP moved higher from 0.87323 before his comments, to finish at 0.87798 afterwards.

At 18:00 GMT, Baker Hughes US Rig Count numbers were released coming in at 759. The prior number last Friday showed that there were 747 Oil rigs in operation.

At 15:30 GMT, US Dallas Fed Manufacturing Business Index (Jan) is expected to be released, with a number of 14.6, from 29.7 previously. Firms are asked by the Federal Reserve Bank of Dallas whether output, employment, orders, prices and other indicators increased, decreased or remained unchanged over the previous month.

On Tuesday at 10:00 GMT, Eurozone Gross Domestic Product QoQ and YoY for Q4 will be released.

On Wednesday at 19:00 GMT, the US Fed Interest Rate Decision and Monetary Policy Statement will be released.

On Friday at 13:30, US Nonfarm Payrolls and the Unemployment Rate for January will be released.