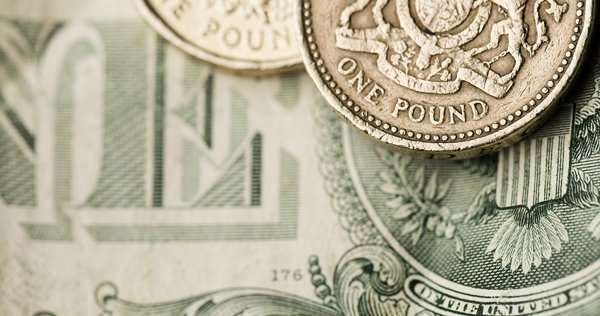 GBPUSD has gained nearly 900 pips from the December low due to strong economic data in the UK, Brexit optimism and weakness in the U.S Dollar. The UK economy ended last year with stronger-than-expected growth. Last week’s GDP data showed the UK economy grew 0.5% in the final quarter of 2017; ahead of analyst forecasts for growth of 0.4% in the quarter. The U.S. Dollar had been falling sharply in recent days; however, there was a turnaround after comments by the U.S. President that he wanted the currency to rise. A number of economic data releases are due this week which could have a significant impact on this pair.

In the weekly timeframe, the ascent in GBPUSD stalled at 1.4340, which is the 78.6% Fibonacci retracement of the Brexit referendum decline and trend line resistance. This is also close to the 200MA which had previously acted as resistance in 2015. A break above the 200MA is needed for the bullish trend to continue. 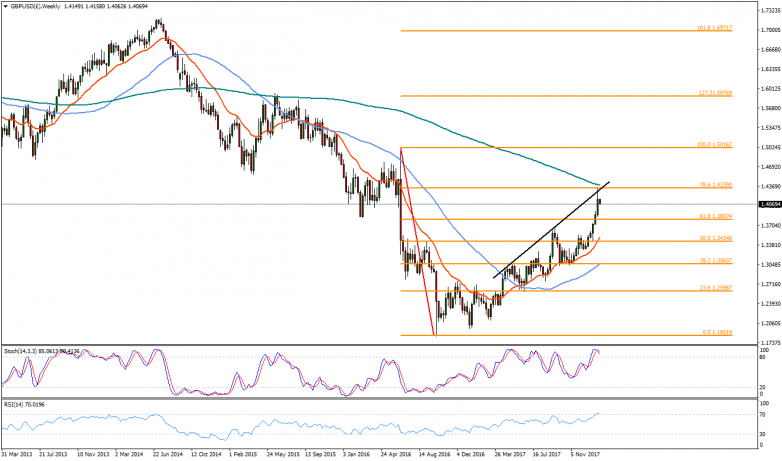 In the 4-hourly timeframe, GBPUSD is breaking a support trend line which could lead to a deeper retracement. Immediate support is near the 1.4035 horizontal, below which a return to the key psychological 1.40 handle is possible, followed by 1.3930. On the upside, 1.41 is immediate resistance, which if cleared, could lift the pair back to 1.4160. 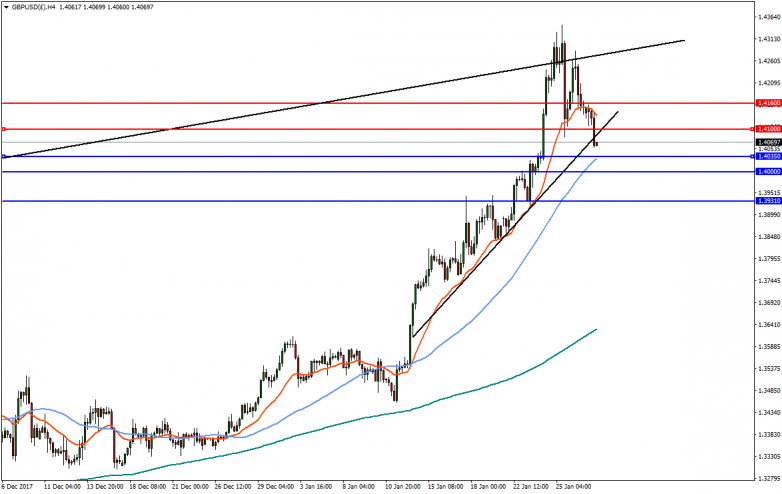