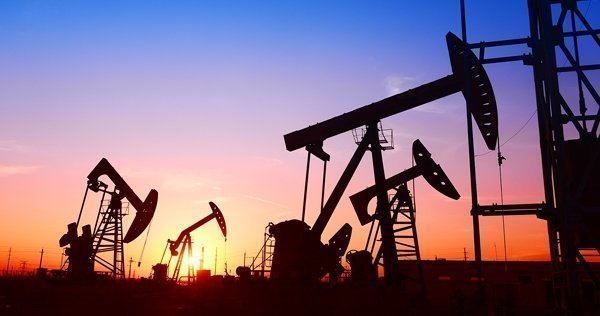 U.S. Crude Oil (WTI) traded below the $65 handle and Brent Crude (BRENT) below $69 as prices backed off their highest levels in years. The factors that pushed crude price higher may now be coming to an end. The weakening U.S. Dollar has buoyed commodity prices recently but the steep decline took a breather on Monday. The Baker Hughes right count last week showed a large increase of 12 to 759, which now seems to be fuelling concerns of a rise in U.S production. The largest factor over the past two months has been the substantial drawdown of oil inventories. However, IEA and OPEC have long predicted that inventories would begin rising again in the first half of this year. Inventory data this week from API on Wednesday and EIA on Thursday should be watched closely for signs that inventory builds could be upon us.

In the 4-hourly timeframe, WTI has double-topped at 66.30 and is now testing the horizontal resistance and neckline at 64.80. A break could lead to crude looking for support on the nearby December trend line, followed by the slope from July at around 64.00, before continuing lower to 62.80. On the flip-side, should 64.80 hold, a break of the highs at 66.30 could be on the cards for a continued bullish move to 67.50. 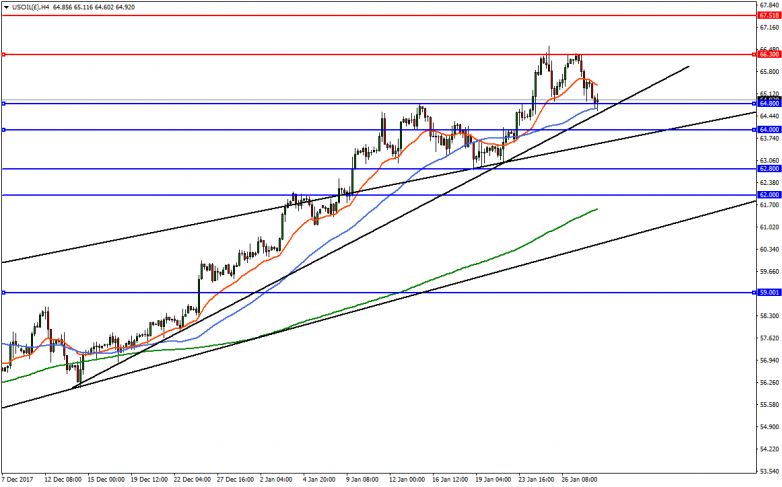 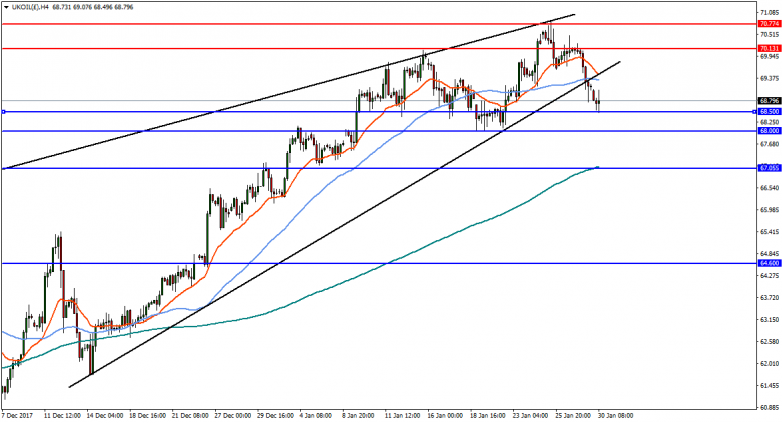