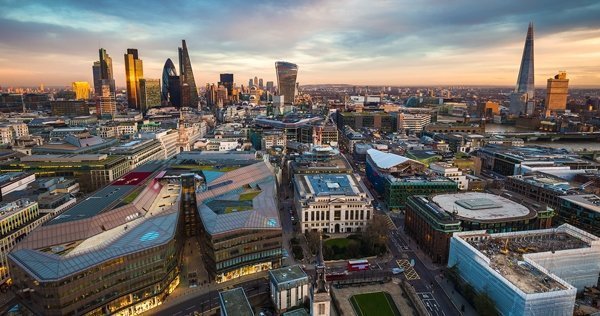 The UK’s FTSE 100 share index fell to its lowest level in two months as global equity markets plummeted amid worries about inflation and rising bond yields. On Monday, the index was on track for its fifth day of losses. This is the longest losing streak since November. The weakness in global equity markets was triggered by data showing stronger-than-expected wage growth in the U.S., implying growth in inflation, which may force the U.S. Federal Reserve to hike interest rates faster than anticipated. FTSE 100 trade will largely be driven by global equity market sentiment; however, the weaker British Pound seen today may provide some impetus to the upside.

In the weekly timeframe, FTSE 100 is seen to be testing a critical level. A confluence of September trend line and 23.6% Fibonacci stands at near 7300. The index has found support on this trend line a number times, but should the level be broken at the end of the week, then further significant downside movement may be on the cards. 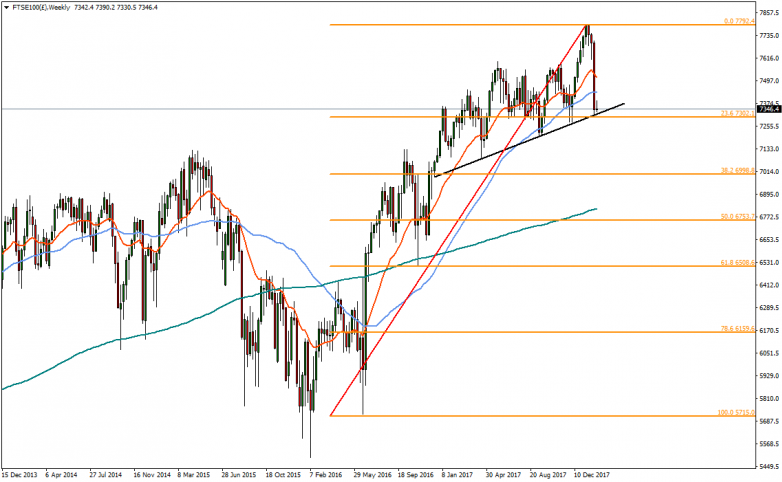 In the 4-hourly timeframe, near-term support can be found at 7300. A break would open up a move to trade below the September trend line, with support at 7275 followed by 7233. However, a reversal and close above 7382 on a 4-hourly closing basis would be needed for a further retracement to resistance at 7430.