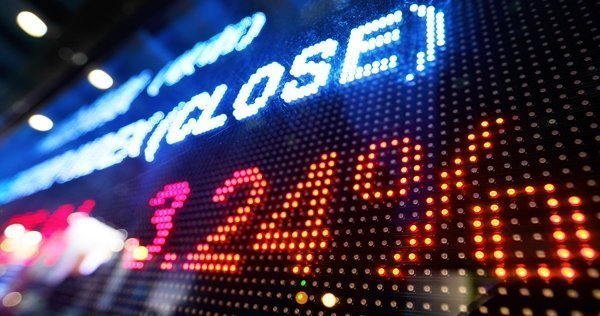 Global Stock exchanges recovered somewhat on Tuesday, but as Asia closes, its equity markets are ending the session on the lows of the day, with the Japan 225 down to the 21600.00 area from a high of 22350.00. Whether this pattern continues into Europe remains to be seen. This switch back to risk-off mode has led to a demand in Yen, with USDJPY topping out at 109.708 before slipping to 109.131. Gold has recovered from a low of 1320.10 to 1330.30. Today, the focus of traders will be on Central Bank Decisions in New Zealand this evening and Central Bank speakers through the day. The economic calendar is light on market-moving data today, so expect another day of emotional trading.

US Fed’s Bullard spoke at an event in Kentucky on Tuesday. He noted that the link between the jobs market and inflation has broken down. He said that monetary policy today was closer to neutral. The Phillips curve effects are weak and the latest jobs report was good. The inflation scare triggered some of the market selloff. He said the Fed doesn’t need to do much now on key interest rates. Nominal wages aren’t good at predicting inflation. According to him, valuations look high compared to historic norms, especially in the tech sector. The market selloff was fast, possibly aided by technical trading and this was the most predicted market selloff of all-time. The Fed doesn’t need to do much now on interest rates. He also said, in relation to the Fed, the dot plot may be less useful now. USD crosses could experience volatility around this time in reaction to his comments.

Australian AiG Performance of Construction Index (Jan) was 54.3 from 52.8 previously. AUD can move to test key levels with this data acting as a catalyst.

WTI is unchanged this morning, trading around $63.71.

At 09:00 GMT, ECB’s Lautenschlager will be speaking with his comments having the potential to influence trades on Euro and European assets.

At 13:30 GMT, US Fed’s Dudley will be speaking at an event about Banking Culture, jointly hosted by Thomson Reuters and the European American Chamber of Commerce in New York. USD crosses could experience volatility around this time in reaction to his comments and audience questions.

At 20:00 GMT, Reserve Bank of New Zealand Interest Rate Decision is expected to be left unchanged at 1.75%. The Rate statement and the Monetary Policy Statement will be released at the same time. NZD could see a spike in volatility after this data is released.

At 21:00 GMT, there will be a New Zealand RBNZ Press Conference discussing the rate decision and monetary policy statement.

At 22:20 GMT, US FOMC Member Williams will be speaking at a community leader’s luncheon in Honolulu, Hawaii. USD crosses and US assets may experience volatility around this time in reaction to his comments and audience questions.

At 22:30 GMT, Japanese Foreign Bond Investment (Feb 2) will be released, with a previous value of ¥41.1B. Foreign Investment in Japanese Stocks (Feb 2) was ¥-300.5B previously. JPY could move to test key levels with this data acting as a catalyst.