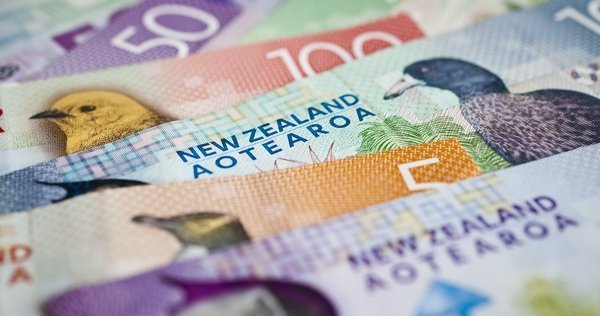 The New Zealand Dollar fell to a four-week low against the greenback after the Reserve Bank of New Zealand (RBNZ) kept rates on hold as expected and signalled no increases until next year. The official cash rate was left unchanged at 1.75% for the 15th month in a row. RBNZ cut its GDP forecast for New Zealand in 2018 from 3.8% to 3.1% after reviewing the fiscal stimulus expected from the new Labour-led government. Inflation forecasts were also lowered, suggesting easy monetary policy was here to stay. Pricing in interest rate derivatives markets on Thursday indicated that interest rates are not expected to rise before May 2019.

In the monthly timeframe, NZDUSD was seen to stall at the long-term resistance zone near 0.7450 and is now trading below the 200MA once again. The pair is likely to continue trading within the wedge formation with a possible move to the lower trend line in the coming weeks. 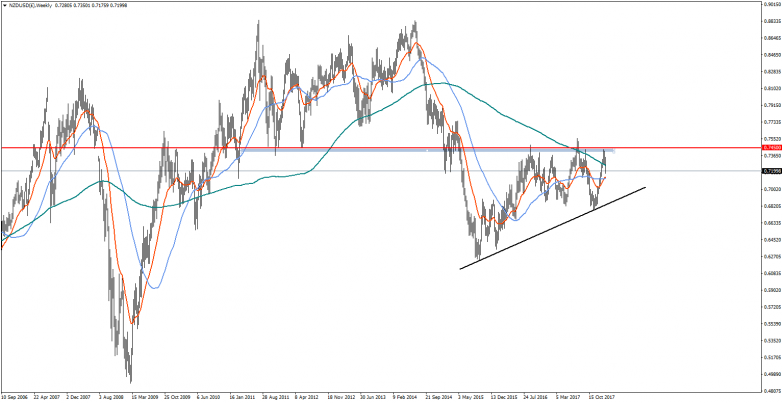