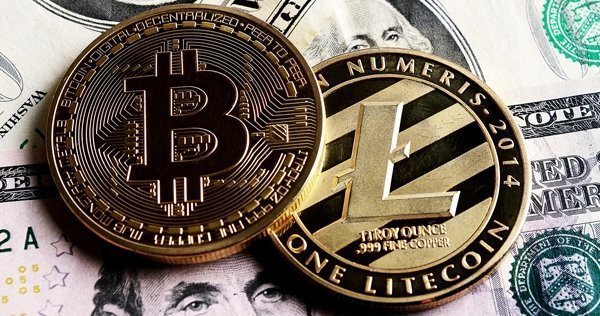 Cryptocurrencies are attempting to recover from deep losses experienced over the last month. There has been a flow of negative news and regulatory concerns that have affected sentiment, which may have contributed to the decline. One of the more fascinating theories pertains to the Lunar New Year, which marks the first day of the year in the Chinese calendar. It is thought that Asian traders cash out their cryptocurrencies to travel and buy gifts for the holiday. The timing is about four to six weeks before the lunar year, which starts on 16th February this year. Bitcoin experienced a similar decline at the beginning of 2017.

On the 4-hourly chart, Bitcoin can be seen to be forming an inverted head and shoulders pattern and has broken a falling resistance trend line from the beginning of January. A break of the reversal pattern would target a measured move to near 12,250. In order to gain confidence in the bullish reversal, a push above the 23.6% Fibonacci retracement of 9,200 would be needed. Resistance can be found at the psychologically important 10,000 level. On the flip-side, a reversal and drop below 8,000 would negate the bullish view and target a return to lows at 6,000. 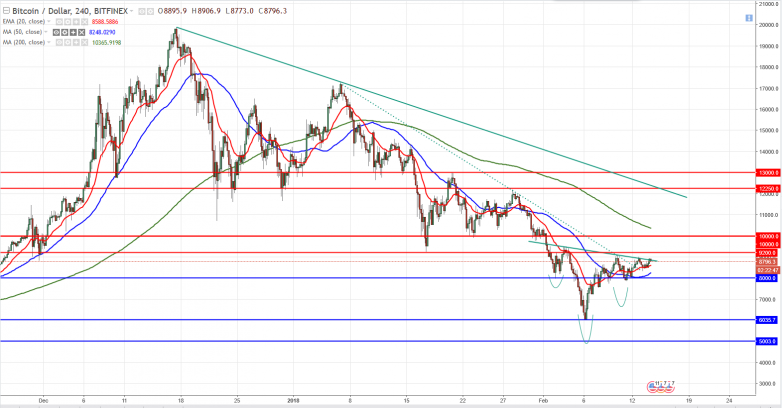 One of the strongest charts is that of Litecoin, which has had a decisive upside breakout and has recorded gains of 13% this morning. In the 4-hourly timeframe, LTCUSD has broken out of a falling wedge and has now broken above the 23.6% Fibonacci retracement level and 200MA at 177. Continued bullish momentum could lead to a retracement to resistance at 224 and then 260. A reversal and break below 154 would lead to another test of the lows. 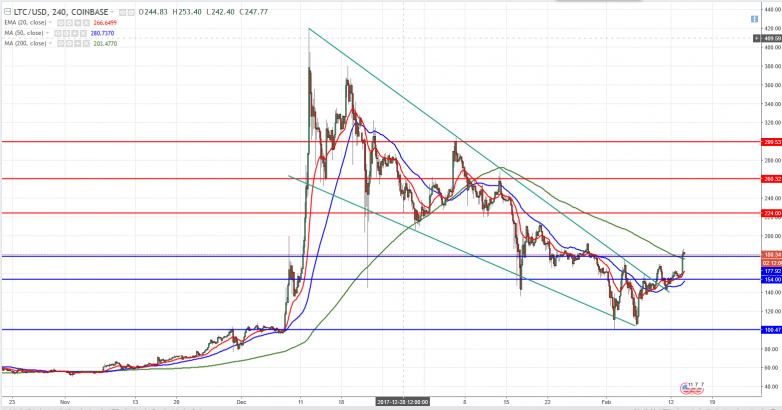