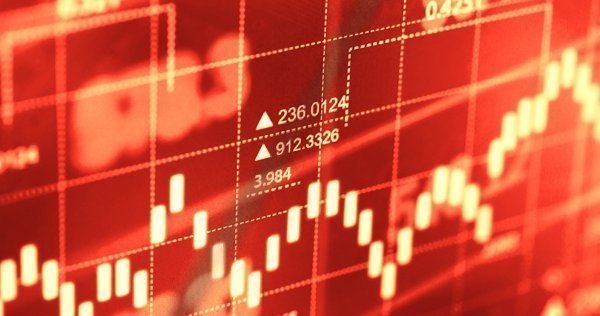 The Australian Dollar advanced after labour statistics showed the jobs market down under remained strong. The Australian Bureau of Statistics reported jobs growth of 16,000 against an expectation of 15,300, with the unemployment rate steady at a four and a half year low of 5.5%. Despite Wednesday’s strong U.S. CPI print, the U.S. Dollar continued its downtrend, which helped the AUDUSD pair to make significant gains.

In the daily timeframe, AUDUSD found strong support at 0.7770 and has advanced for the last 5 days. Continued buying interest has the potential to lift the pair towards the 0.7980 resistance level. After this, the psychologically important 0.80 level comes in sight, followed by 0.850. A daily close back below 0.7925 would result in a move lower, with support at 0.790 and 0.7875.

The South African Rand soared to its highest level in three years on Wednesday, after news that President Jacob Suma had resigned. Zuma has been under pressure to step down amid accusations of corruption. The resignation opens the path for Cyril Ramaphosa to take power and start implementing reforms, which has been taken as a positive for the Rand.

In the daily timeframe, USDZAR continues to trend lower after breaking a triangle consolidation pattern and dropping through resistance at 11.70. Continued selling pressure would find support at 11.39 and then the 61.8% Fibonacci retracement of the entire move from 2011 at 10.90. A reversal back above the triangle break at 11.875 would change the outlook with resistance at 12.30. 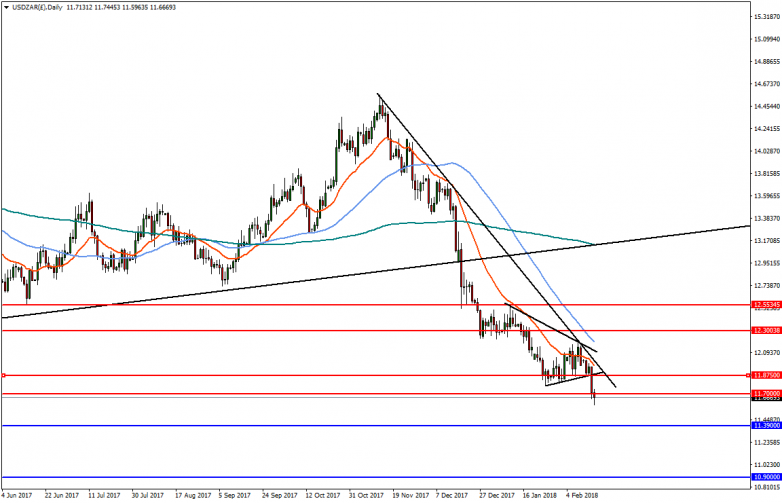