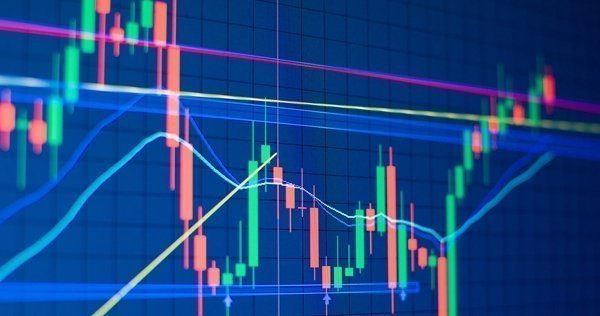 Crude Oil prices fell on Wednesday, with losses in both U.S WTI and U.K. Brent, as the market awaits inventory data. Energy Information Administration (EIA) data last week showed U.S. inventories rising by 1.8 million barrels, which was smaller than expected. The American Petroleum Institute (API) will release its forecast on U.S. crude inventory on Wednesday, followed by official supply data from the (EIA) on Thursday.

In the daily timeframe, Brent had a sharp decline from the highs but bounced from the October trend line at 61.60. The commodity has now found resistance at the June rising trend line at 64.40 and is resuming the decline. There is now a possibility that a head and shoulders pattern is developing, which would be fully formed if the neckline at 61.60 is broken. Near-term support is at 64.60, which if broken, would lead to further declines to support at 62.90 and then 61.60. However, a break of 64.40 would change the outlook, with upside resistance at 66.70 and then 68.0. 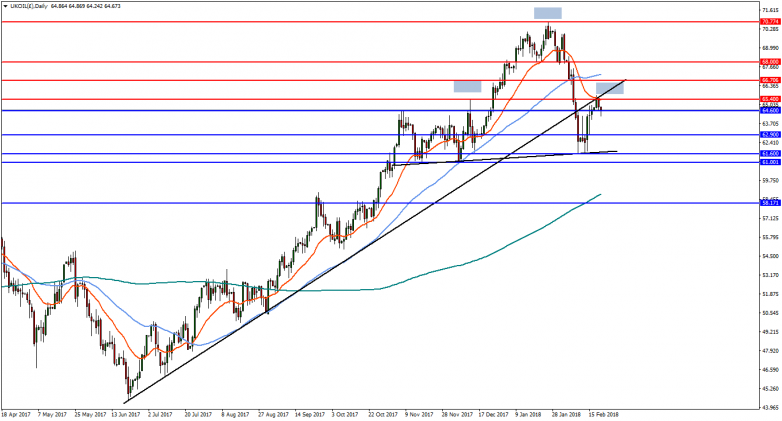 The Canadian Dollar has come under pressure in recent days due to worries over NAFTA and a decline in crude oil prices. Moreover, recent strength is the U.S Dollar has helped the USDCAD pair to climb. In the daily timeframe, USDCAD is now close to strong technical resistance due to a confluence of trendlines and horizontal resistance at 1.2685, which if broken, would find further resistance at the 38.2% Fibonacci retracement level of 1.2720, followed by 1.2780. On the flip-side, a bearish reversal will find initial support at 1.2640, followed by 1.2590 and then 1.2550. 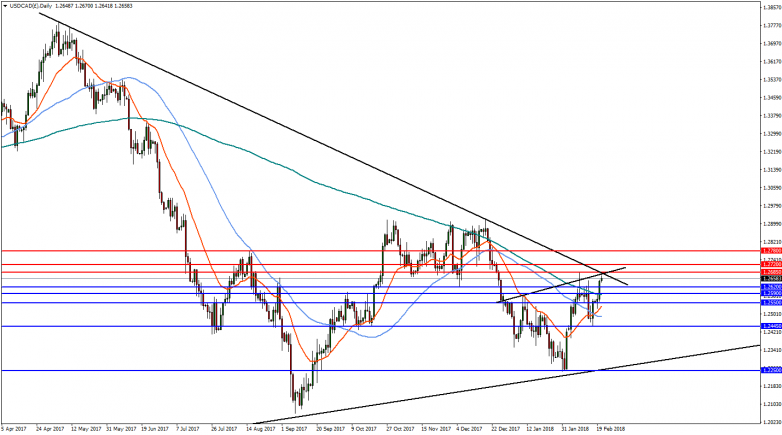