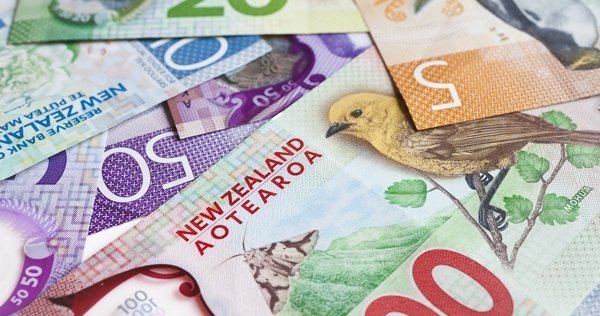 The new Federal Reserve Chairman, Jerome Powell, has recently hinted that the Fed could raise interest rates more quickly this year, causing the U.S. Dollar to surge. The Fed is now projected to overtake the Reserve Bank of New Zealand (RBNZ), which currently has one of the highest interest rates at 1.5%, by year-end. Furthermore, the RBNZ will only raise interest rates after inflation has made a sustainable return to the higher end of its 1% to 3% target. Against this backdrop, the New Zealand Dollar (NZD) appears to be heading lower against the U.S. Dollar due to the divergent monetary policy outlook. 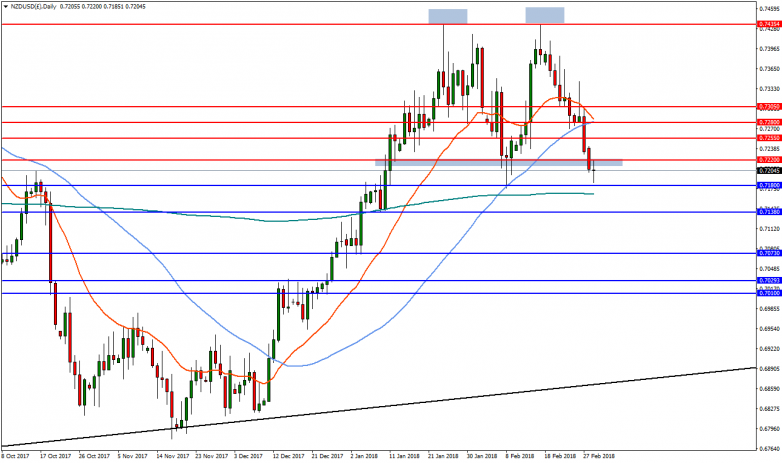 Weakness in the New Zealand Dollar, combined with recent strength in the Japanese Yen, has driven the NZDJPY cross to lows of 76.60. The pair is now approaching trend line support at 76.30 and further weakness can be expected on a break below. Downside supports are at 76.0 and then 75.60. However, should the trend line support hold, a reversal will find resistance at 77.30 and a break above could see a test of 78.15. 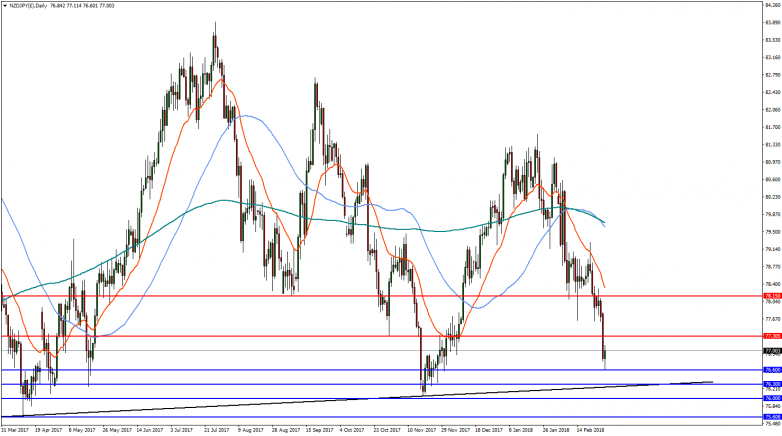