The latest data from the U.S. regarding jobs and income exceeded expectations, boosting the markets after a weak start this week. Following the release, the S&P500 index went up, while the USD reversed downwards. 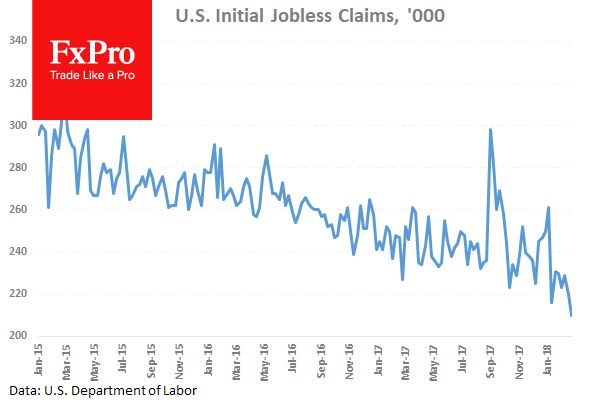 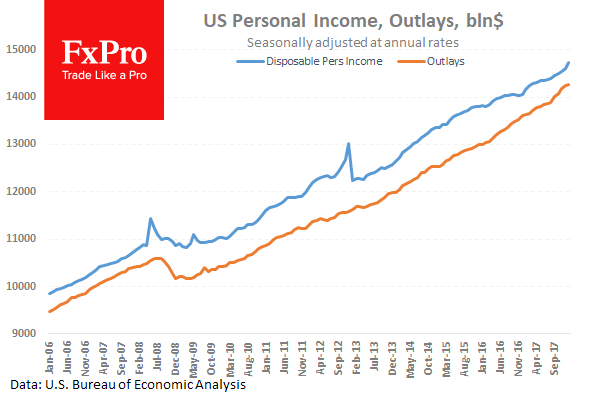 Savings to Income ratio, which had been in decline for the most part of last year, reaching a pre-crisis low of 2.5% in December, grew to 3.2%. Low savings is often considered a bad signal for the economy, pointing to possible growth challenges, which makes the jump to 3.2% quite a good signal for the markets. 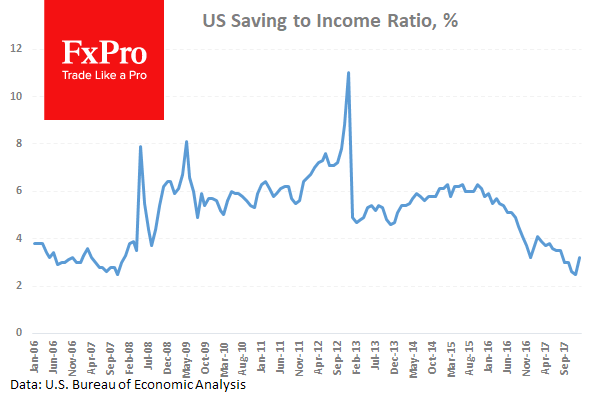