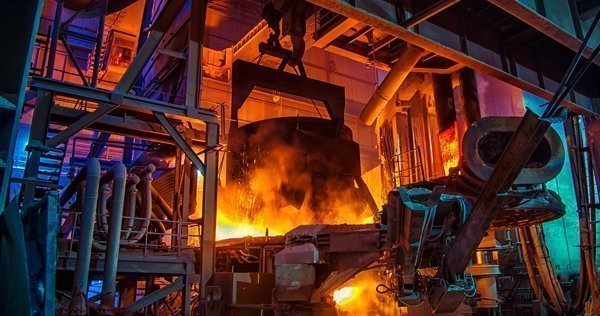 Yesterday, the US announced Tariffs on Steel and Aluminium, which prompted an outcry from various global leaders and an acceleration in the risk-off bias affecting markets this week. The White House signalled a 25% tariff on Steel and a 10% tariff on Aluminium, starting next week. EU’s Junker said that he strongly regrets US restrictions on steel and aluminium affecting the EU, which will react firmly to defend interests with a proposal for WTO compatible countermeasures against the US within the next few days. The Canadian Trade Minister said any US tariff quota imposed on Canadian steel would be unacceptable. S&P 500 sold off to 2670.00, with the Dow Jones down to 24533.0, while Gold moved up to 1320.20. In FX, USDJPY fell from 107.193 to a low of 106.161 but has continued overnight to reach 105.744. GBPUSD reached a high of 1.37846, while EURUSD got up to 1.22726.

US Fed Chairman Powell testified on the Semi-annual Monetary Policy Report before the House Financial Services Committee, in Washington DC. He made the following comments: The US economy is near full employment but force participation and wage growth still have some slack. “More strengthening can take place in the jobs market before wage inflation”. He said that there is “No evidence the economy is currently overheating” and he would expect to see more wage hikes adding “That’s what we’re waiting to see”. He said that, in order to prolong the recovery, we believe “gradual” hikes are the best course of action and 4 hikes would be considered “gradual”.

EURUSD is unchanged overnight, trading around 1.22627.

GBPUSD is unchanged this morning, trading around 1.37781.

At 08:10 GMT, ECB’s Mersch is expected to deliver a speech, with any mention of monetary policy or an end to QE likely to influence EUR markets.

Tentative – UK PM May is expected to deliver a speech on Brexit progress and the ongoing negotiations with the EU. Of particular interest will be policy on trade regulations and the Northern Irish border. Her comments could impact GBP and EUR markets.

At 09.30 GMT, UK Construction PMI (Feb) will be released and is expected at 50.5 with a prior number of 50.2. GBP crosses may experience volatility if the number differs from the expected reading. This data is based on a survey of purchasing managers, with a reading above 50 indicating expansion and below 50 indicating contraction. This number has been trending down since a high of 64.7 in February 2014. Positioned close to 50, there is a danger that the trend is maintained and contraction is experienced, which would be negative for the GBP, as occurred in October 2017.

At 10:00 GMT, BOE Governor Mark Carney is due to speak about the evolution of money and the emergence of cryptocurrencies, in London.

At 10:00 GMT, Eurozone Producer Price Index (YoY) (Feb) is expected to be 1.6% from 2.2% previously. EUR crosses could be moved by this data, with a positive reading greater than the consensus adding strength to the EUR.

At 18:00 GMT, Baker Hughes US Rig Count numbers will be released. The prior number last Friday showed that there were 799 Oil rigs in operation. WTI Oil traders will be paying close attention to this number as they look to the week ahead, with an increase from the prior week showing an expansion and indicating an increase in the volume of crude oil drilled. In the context of supply and demand, this would mean an increase in supply. The Number of operational rigs has not been at the 800 level since 2015.