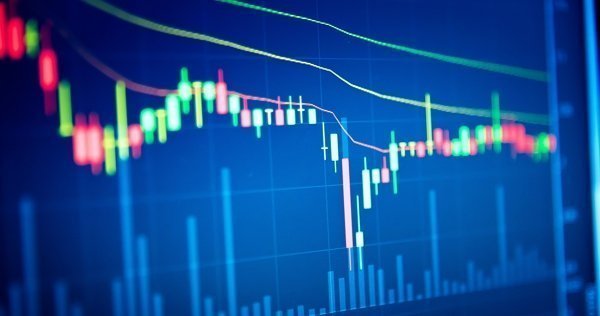 On Thursday, President Trump said that the U.S will impose tariffs of 25% for steel and 10% for aluminium and that these tariffs will be implemented without targeting specific countries. The main trading partners of the U.S. have reacted by declaring they will take retaliatory steps. U.S. equity markets fell on worries that this action could potentially result in a trade war. This risk-off sentiment was felt in Europe, weighing particularly on the export-oriented German DAX Index. Trump tweeted this morning that “When a country (USA) is losing many billions of dollars on trade with virtually every country it does business with, trade wars are good and easy to win”. It should be noted that the tariffs have not come into force yet and traders should remain alert to further tweets on the subject from the President.

In the daily timeframe, FTSE 100 failed to break the important 7300 zone and has declined sharply to test support at 7095, which is the 61.8% Fibonacci retracement of the move from 6650 in October 2016. A break would lead to further downside movement, with immediate support at 7016 and 6979. Major support can be found at the 78.6% retracement and spike lows at 6919. However, a reversal and break above 7144 is needed for an upside move to resistance at 7185. 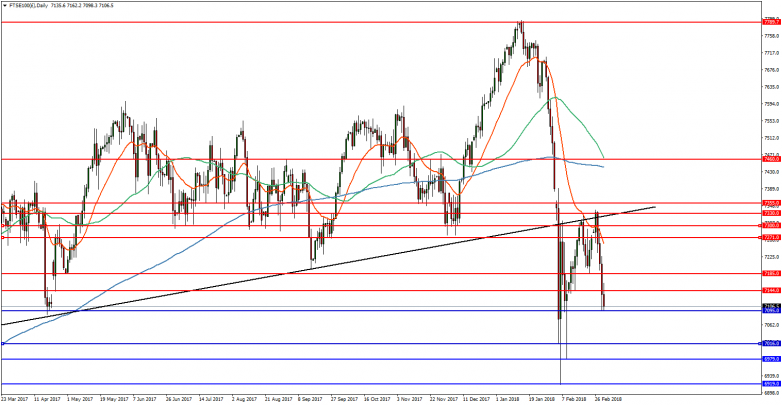