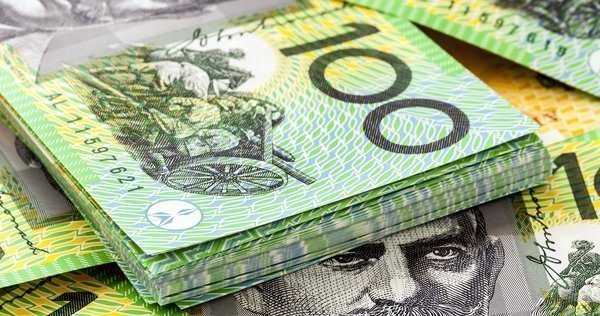 The Market has shrugged off any fears of Trade Wars arising from the proposals that were released by the White House last week, with the consensus that they are being used as a threat to force trading partners to accept the demands of the US and strengthen its hand at the negotiating table. However, this could be a dangerous belief if it looks like the tariffs will be implemented and the market panics. President Trump is meeting with Industry representatives today, amid growing opposition from the international community.

The Reserve Bank of Australia has left Interest Rates on hold at 1.5% this morning. The Rate Statement mentioned that inflation was likely to remain low for some time. The risks are that household consumption remains a source of uncertainty and the appreciating exchange rate could slow economic activity and inflation. Markets had a mixed reaction, with AUDUSD first moving higher from 0.77777 to 0.77920 before reversing the move and dropping to 0.77684, suggesting that the outcome of the event was priced-in to a large extent. Retail Sales s.a. (MoM) (Jan) came in at 0.1% v an expected 0.4%, against -0.5% prior. AUDUSD initially moved higher on this data release from 0.77693 to 0.77845 before partially reversing to 0.77667 and settling around 0.77835 ahead of the Rate Decision.

Spanish Markit Services PMI (Feb) was 57.3 v an expected 56.4, from 56.9 previously. This was a welcome increase which beat market expectations.

German Markit Services PMI (Feb) came in as expected, unchanged at 55. Markit PMI Composite (Feb) was 57.6 v an expected 57.4, from 57.4 previously. EURUSD moved lower to find support at 1.27687 following this data release. This data was largely in line with expectations.

US Markit Services PMI (Feb) was 55.9 v an expected 54.6, from 55.9 previously. Markit PMI Composite (Feb) was 55.8 v an expected 55.5, from 55.9 previously. USDJPY moved lower from 105.895 to a low of 105.710 with the release of this data. This release provided a slight downward move as the data beat expectations, and, ultimately, could indicate an increase in inflation, which has prompted dollar weakness and equity market selling recently.

EURUSD is unchanged overnight, trading around 1.23390.

USDJPY is largely unchanged in early session trading at around 106.228.

At 08:15 GMT, Swiss Consumer Price Index (MoM) (Feb) is expected to be 0.2% from -0.1% previously. Consumer Price Index (YoY) (Feb) is expected to be 0.6% from 0.7% previously. This data could see moves in the CHF currency crosses. CPI data is a breakdown of the effect of inflation on consumer prices, which makes up a substantial portion of inflation overall. Increases in inflation can lead central banks to raise interest rates in an effort to contain the increase and reduce price pressure on consumers.

At 12:30 GMT, US Fed’s Dudley is scheduled to speak about the economic impact of the 2017 hurricanes at the United States Virgin Islands Non-profit Leaders Breakfast Roundtable, in St. Thomas, USVI. His comments, on this occasion, may have a limited effect on the market.

At 15:00 GMT, US Factory Orders (MoM) (Jan) is expected to be -1.3% from 1.7% previously. USD crosses could be moved by this data. If the expected decrease comes to pass, it represents a small drop, as the recent range of this data point over the last three years has been between 3% and -3.5%.

At 15:00 GMT, Canadian Ivey Purchasing Managers Index s.a.(Feb) data will be released, with a consensus of 56.3 expected, against a prior reading of 55.2. Ivey Purchasing Managers Index (Feb) will be released with a prior reading of 51.3. This data may cause the CAD pair to increase in volatility. Seasonally, this data has weakened at the beginning of each year since 2015 but it has remained in expansion above 50 since June of 2016. The softness in the data since reaching the high of 64.0 in November suggests that there is a slowing in demand in the Canadian economy.

At 18:15 GMT, UK MPC Member Haldane is due to speak at the Royal Society for the Encouragement of Arts, Manufactures, and Commerce, in London. Any comments made may affect GBP pairs.

At 21:35 GMT, Australian RBA Governor Phillip Lowe is due to deliver a speech titled “The Changing Nature of Investment” at the Australian Finance Review Business Summit, in Sydney. Audience questions are expected and comments made could affect the AUD.

At 22:30 GMT, US FOMC Member Brainard is due to deliver a speech titled “Economic and Monetary Policy Outlook” at New York University’s Money Marketeers event. Audience questions are expected and USD pairs could be moved by the answers and any comments made.

At 22:30 GMT, Australian AIG Performance of Construction Index (Feb) will be released, with a previous number of 54.3. This data point has remained in expansion above 50 since the March 2017 reading, in what is the longest period of growth over the last decade. The peak was reached in August 2017 at 60.6.