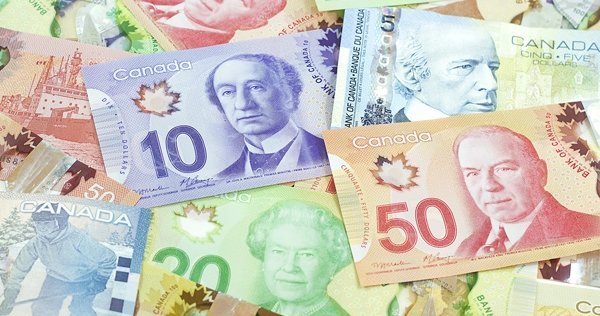 The Canadian Dollar declined on Tuesday, after a dovish sounding speech by Bank of Canada governor Stephen Poloz. Poloz suggested that the pace of interest rate hikes may become more gradual, as the economy expands without triggering inflation. There was also a mention of the uncertainty over the future of U.S. trade policies. The NAFTA negotiations are a major factor reducing interest rate expectations, as the risk of the free-trade deal being scrapped is a real possibility.

The USDCAD pair caught a bid after Poloz’s speech and gained over 150 pips. However, the bullish move has so far failed to break the psychologically important 1.30 level. On the daily chart, USDCAD is capped by the highs at 1.30, and a break could trigger a rally towards resistance at 1.3048 and 1.3060. To the downside, any retracement is likely to find support at 1.2920 and 1.2860, ahead of a test of the 1.28 level.

An upbeat statement from the UK Chancellor in the Spring Statement, where the forecast for GDP growth was upgraded, provided a boost for Sterling. Strength in GBP, combined with weakness in CAD, gave the GBPCAD cross a boost to the upside. On the daily chart, the pair is now trading above the 2017 highs of 1.80. If the trend continues, resistance is likely at 1.825 and then trend line and Fibonacci extension at 1.84. A bearish reversal and break of 1.80 would find support at 1.784 and then 1.771.